Pop-rock band CNBLUE have proved their popularity in Japan once again, by selling out every single ticket for their upcoming arena concert in Yokohama, Japan!

Reportedly, demand was so high that online ticket-selling servers crashed from the influx of traffic.

On September 13th, the boys’ agency, FNC Music revealed, ” Online ticket reservations opened 10 days ago and servers have been crashing ever since due to the overwhelming amount of visits“.

Hotel reservations in the city have been sold out as well, causing a lack of accommodations for some visitors.

When they heard about the explosive demand from fans, the members happily expressed, ” We are already grateful for receiving much love, but when we learned that all the tickets were sold, our hearts were filled with joy.  There’s not much time left, but we will practice extra hard to provide our fans with a close-to-perfect performance“.

The concert will be held on September 25th at the Yokohama Arena which has a maximum capacity of 15,000 seats.  This will be CN BLUE’s final concert as an indies band before their major music debut in Japan. 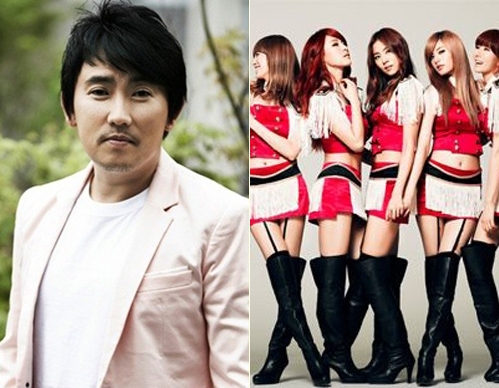 For Chuseok, some of the younger singers are taking care of the welfare of the veteran singers.

On September 12th, the Korean Singers Association held a Veterans’ Fall Retreat for 30 veteran singers where they were able to travel around cities such as Daejeon and Buyeo.

In addition, a total of 30 veteran singers such as Han Myung Sook and Keum Sa Hyang participated in this meaningful event.

END_OF_DOCUMENT_TOKEN_TO_BE_REPLACED

2NE1’s “Ugly” featured in a CF for magazine “Sweet”

Making their presence known in Japan as they commence promotions for their debut release, 2NE1’s track “Ugly” was featured as the background song for a magazine’s commercial clip. The track was used as background music for the October Issue of Takarajimasha’s “Sweet” magazine, one of the popular fashion publication in the country.

In a previous announcement, the magazine stated that they have selected the track as the lyrics talked about womens’ insecurities making it easy for their readers to relate. “Ugly” previously had a special release last 31st of August through Japan’s online downloading portal, Recochoku.

Meanwhile, 2NE1 is set to return to the country on the 15th of September, after they have finished filming the music video for “Ugly”, followed by their upcoming six day concert tour throughout Japan’s major cities.
END_OF_DOCUMENT_TOKEN_TO_BE_REPLACED

For those on Twitter, MTV Asia (Singapore) will be interviewing Big Bang. If you have some questions you want to ask Big Bang, just tweet it with the hashtag: #askbigbang.

END_OF_DOCUMENT_TOKEN_TO_BE_REPLACED

UEE was talking about the time when she and Seungri participated in the King of Idols Special last January. Watch the full subbed show here.

Performers: (at 1:40 in the video)
BIGBANG *no info yet which members are attending
PSY
SE7EN
MISS A
SHINEE
T-ARA
U-KISS

[JAEHYO] Wow, I just finished doing the ‘charye’ and saw Rainbow Daycare. So cute, I thought I was going crazy… TT I wanna meet them all

[HYUNA TO ZICO] Have a happy Chuseok, friend. Eat well at home!

[ZICO TO HYUNA] I ate at home, friend. Did you get some time off despite your busy schedule? keke!!

[U-KWON] Came to see my dad. He hasn’t changed at all and he’s doing fine. I think I should give him some of my pictures.

[JAEHYO] Riding the train and on vacation in Busan

[HANHAE TO JAEHYO] My stomach hurt so bad while walking down the street that I just walked into a cafe. I’m us… (cont) http://deck.ly/~qnTVt

[ZICO TO JAEHYO] Playing so nicely

[JAEHYO TO HANHAE] I’m going there now keke, why aren’t you picking up your phone?

[JAEHYO] I had grilled eel in Haeundae and powered up. Saw the ocean properly for the first time in a while.

[JAEHYO] I barely managed to get a train ticket to Seoul in 2 hours.. In promising that I’d be back by today for sure to Seoul, my short trip to Busan is finally over! Off to Seoul again!