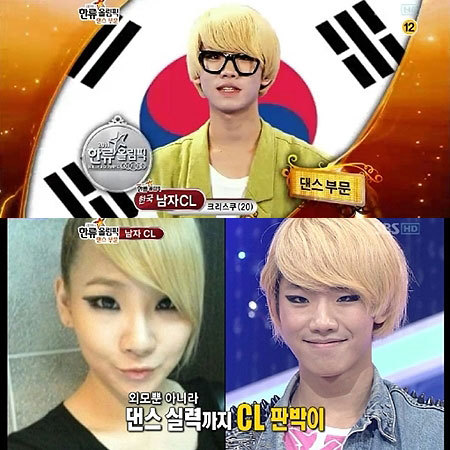 On September 13th, Korea was introduced to Chris Koo, who proudly declared himself to be “the male CL“.

Chris Koo appeared on SBS‘s “Chuseok Special Hallyu Olympics“, and the audience was shocked by his close resemblance to 2NE1‘s fierce leader.

Armed with a confident smile, blonde hair, and thick eyeliner, Chris Koo busted out some moves from Chae Yeon‘s “Shake” and 2NE1′s “I Am The Best“, adding his own unique flair to the performance.

END_OF_DOCUMENT_TOKEN_TO_BE_REPLACED

Ludacris and YG sign an agreement to collaborate in Korea!

After rumors of a possible collaboration arose, American hip hop star Ludacris and YG Entertainment ultimately signed a memorandum of understanding (MOU) and will now enter the Korean market together.

On September 14th, according to the promotional team, Ludacris will visit Korea on the 19th and will hold a joint press conference with YG Entertainment’s stakeholders.

It is planned that Ludacris will feature in the songs of YG’s idol groups and also have music interactions and exchanges with them.

Ludacris will also promote his personally designed headphones, ‘Soul By Ludacris’, in Korea through YG.

PR Bridge stated, “Luadcris showed a lot of interest in K-pop and the MOU was a win. YG also wanted to show American authentic hip hop to Korea, which in effect caused YG and Luadcris to hold hands. at first for his headphone business, and will get into business.”

Baek Dong Soo, played by Ji Chang Wook, struggles to escort the prince, but he ends up out of his party. Alone, he gets threatened by a bunch of followers of Yeo Un. In this desperately dangerous situation, he has to face a life-and-death confrontation with Yeo Un.

END_OF_DOCUMENT_TOKEN_TO_BE_REPLACED 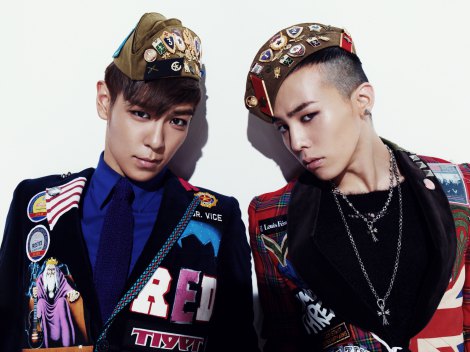 YG artists G-Dragon and TOP will be revealing their first Japanese single under their sub-unit in November. The single’s title track will be a Japanese version of “Oh Yeah” which features 2NE1’s Bom as an extra vocalist. “High High” was said to be included into the tracklist as well. Both songs had their lyrics revised for a Japanese release, and were made to fit to the original one as much as possible. Both songs were originally featured on GD&TOP’s debut album.

The Big Bang unit made it easier for both its members to put out music that wouldn’t be fitting for the whole group. Their first album was revealed last December and was well received by the Korean fans.

END_OF_DOCUMENT_TOKEN_TO_BE_REPLACED

On the 12th, SBS aired the Chuseok special of Dalgona and Sooyoung of SNSD was a guest of this episode. Her first love, Jang Yik Hyeon, also appeared. Jang’s looks has drawn attention from the public because he apparently resembles Big Bang’s T.O.P.

Hearing how Jang looks like T.O.P, comedian Byeon Ki Soo commented to Sooyoung, “You look like Han Ga In then.”

It has been awhile since Jang saw Sooyoung. He revealed, “I was mesmerized by Sooyoung. I was trying hard to concentrate with my studies but she still caught my attention,” which made the people in the set laugh.

He elaborated, “It was only during a school picnic that I confessed while playing the “truth” game. However, Sooyoung refused my confession.”
END_OF_DOCUMENT_TOKEN_TO_BE_REPLACED

[CHO PD] Block B has achieved #1 in album sales on the Hanteo chart. I received the call for producing more copies while I was out of the country for work and I was worried that I had maybe ordered too much, but it seems the sales are going smoothly. Thank you to our fans, always. http://bit.ly/okjyaX

[KYUNG] Jiho, this is kind of embarrassing, but I love you and happy birthday.

[B-BOMB] Whether you love him or hate him, Block B’s leader Woo Jiho is the best!!! Happy birthday~!!