Let me be your beautiful target(;

Heo Youngsaeng is confirmed to make his debut on the musical stage under the production “The Three Musketeers.” Youngsaeng will be making his official musical debut by playing the role of D’Artagnan, a young and vigorous character who has the passion for justice.

Earlier today, B2M Entertainment has confirmed the appearance by updating Youngsaeng’s official homepage with the news. On the said message, they revealed that, “Hello everyone. This is B2M Entertainment. Heo Young Saeng’s 2011 is going to be more fulfilling!”

Further adding that, “What excites people is that the actors will be playing the roles in the musical “The Three Musketeers” again. Please give a lot of love, concern and support to Heo Young Saeng who will soon be debuting as a musical actor.”

The musical will be held at the Seongnam Art Center this year as they plan to construct the stage with a lot of their characters to portray their infamous sword play scenes. It set to run from the 3rd of November up to the 18th of December.
END_OF_DOCUMENT_TOKEN_TO_BE_REPLACED

On the 15th, B1A4’s new album, it B1A4, is ranked on higher ranks on the websites such as Kyobo, Aladdin, InterPark, Yes24, and Apple Music.

B1A4’s agency, WM Entertainment, says, “After releasing a teaser of the title song ‘Beautiful Target’ on Chuseok, over 20,000 people visit the group’s official website every day. Probably, those fans are interested in the new album.”

“As soon as subscription sales became available, many fans subscribed for it. B1A4 is still a rookie, for sure, but its debut album has sold over 25,000 copies already. If this rate is kept, the sales for the second album will likely to exceed the previous sales record.”

END_OF_DOCUMENT_TOKEN_TO_BE_REPLACED

T.O.P, “We are preparing a super cool surprise for our fans”

One of the top boybands from Korea, Big Bang, headlined a K-pop concert here barely two months ago, but they are already raring to race back to Singapore.

Three members of the quintet will perform as headliners at the 2011 Formula One SingTel Singapore Grand Prix next Friday at the Padang.

They are G-Dragon, T.O.P and Seungri. And T.O.P, whose real name is Choi Seung Hyun, 23, tells Life! in an e-mail interview that he really enjoyed playing to fans here.

“I felt a huge and very tremendous energy throughout the concert,” he says, referring to the gig at the Singapore Indoor Stadium. “We, all the members, prepared that concert with all our hearts for all fans in Singapore. Singapore is actually one of my favorite countries.”
END_OF_DOCUMENT_TOKEN_TO_BE_REPLACED

END_OF_DOCUMENT_TOKEN_TO_BE_REPLACED

London shows love for Big Bang at the Thames Festival

British VIPs came out in force to show their love for Big Bang at the Mayor’s Thames Festival, held in London on September 10th & 11th.

The Korea Calling area, organised by the Korean Cultural Centre showcased various Korean arts, but the highlight for the hundreds of KPop fans who attended was the Kpop Party on Saturday night! Whilst the DJ played an hour long mix of various artists, it was Big Bang’s songs which got the biggest reaction!

END_OF_DOCUMENT_TOKEN_TO_BE_REPLACED 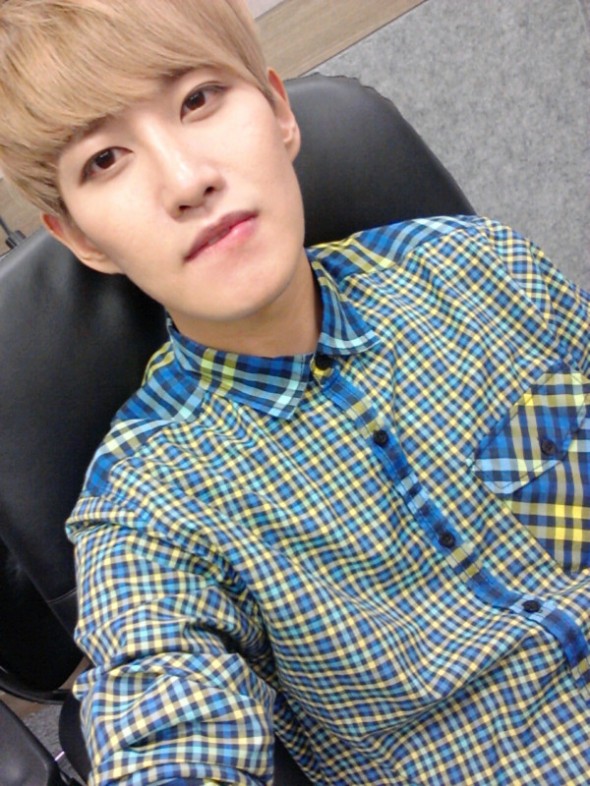 [KYUNG] Yaho, going out for the first time in a while http://twitpic.com/6l12vp

[ZICO] Crutches feel fake. Don’t you need the audacity to at least throw them aside and walk on your own?