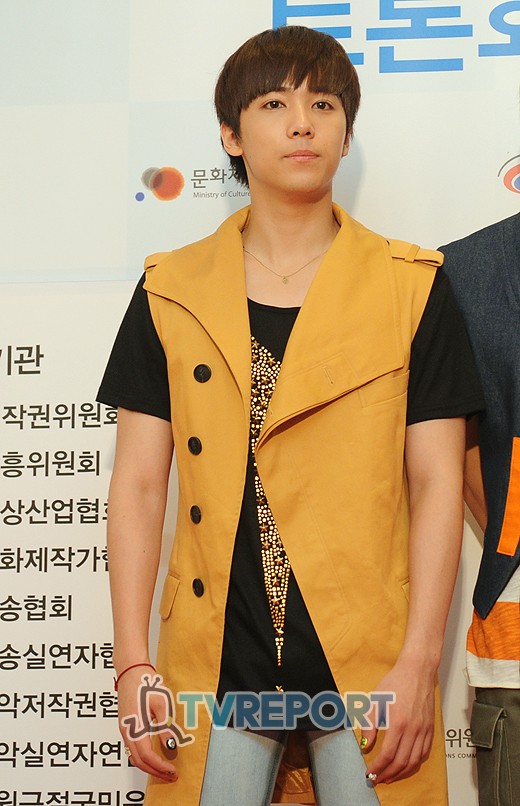 Recently, the band returned with the song “Like The Birds” and appeared in SBS’s radio program Choi Hwa Jung’s Power Time on the 21st.

DJ Choi asked them, “Who has the best body or is addicted to exercise the most?” Unanimously, all members pointed out Jong Hoon, the leader of FT Island. Jong Hoon said, “People tend to think that only ‘idols’ have good figures, but I want to tell them band people are well-built, too. So these days I’m working out with Hong Ki.”

Then Lee Hong Ki added, promising to his fans, “I’ll work out hard, so I can perform without a shirt at a concert next year showing off my six pack.”

Also, all members of FT Island agreed to express their feelings to a girl they have crush on, rather than keeping it to themselves. Listeners of the show commented jokingly, “FT Island is a band of playboys.”

This entry was posted on October 26, 2011 by bontheblog. It was filed under Radio and was tagged with Choi Hwa Jung’s Power Time, FT Island, Jong Hoon, Lee Hongki, SBS.