TVXQ continues their activities in Japan and will soon be releasing their single “Winter ~ Winter Rose / Duet” on November 30th, in time for the Christmas holidays. The duo initially released their tracklist along with the release date, and the covers were revealed via their Japanese website on November 1st.

They will release a new track called “Winter Rose” in addition to a winter version of their song “Duet” originally found on their recently released Japanese album, “TONE.”

“Winter ~ Winter Rose / Duet” is set to be released on November 30th.

END_OF_DOCUMENT_TOKEN_TO_BE_REPLACED

Taeyang talks about working with Tablo on “Tomorrow” 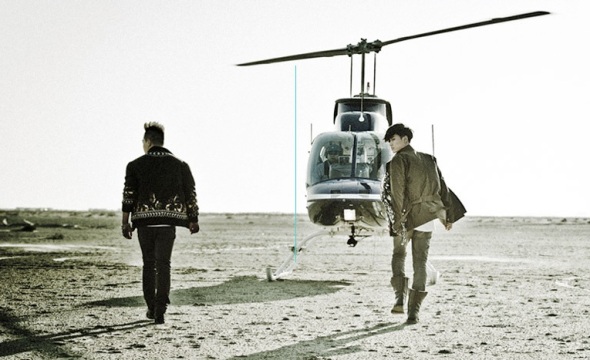 Q: How did you end up featuring in Part 2’s title song “Tomorrow”?
TY: This song was recorded the first day Tablo-hyung came to YG. He let me listen to the song and suggested that it would be great if I featured on it. And I liked the song so much that we began recording immediately that day.

Q: Have you always been acquainted with Tablo?
TY: This was the first time working on music together, but I was aware that he had talked about me on broadcasts now and then when he was with Epik High. And I really like Epik High, too. I’m really happy that we’re in the same company now.

Q: Can you briefly introduce the meaning of the song ‘Tomorrow”?
TY: “Tomorrow” is about mourning the break up with a lover, saying “there is no tomorrow” until she returns. Being unable to move on from that moment and space, waiting for her to return.

END_OF_DOCUMENT_TOKEN_TO_BE_REPLACED 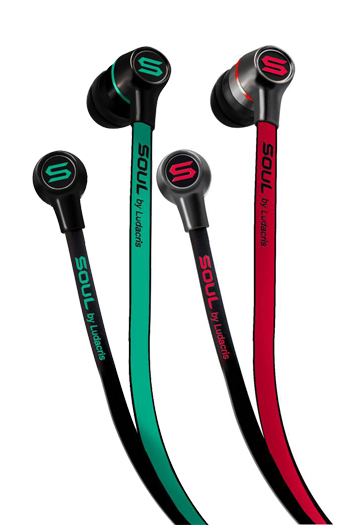 These earphones are a new part of Soul by Ludacris’ existing line of SL49 colorful designs. The earphones have different colors on both sides of the lines and were manufactured based on the concept of “imbalance”, and they will be available in the colors red and green.

The Big Bang Special Edition Earphones are planned to be first introduced to the world market by Korea through the Soul and Media Group, which will add to the rarity value of the product.

END_OF_DOCUMENT_TOKEN_TO_BE_REPLACED 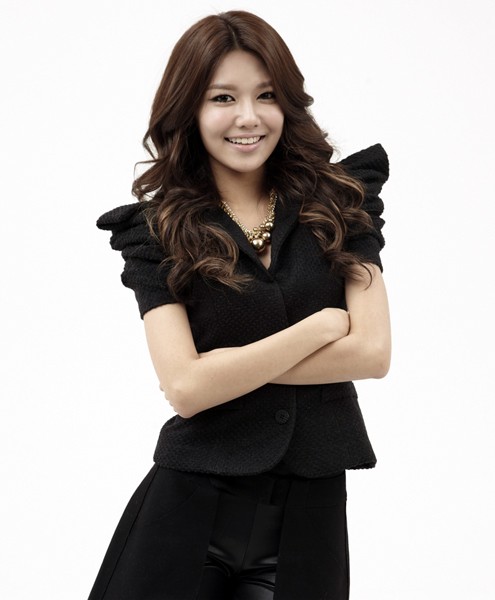 Taking a page from SNSD‘s YoonA, fellow member Sooyoung was revealed to have accepted a leading role in an upcoming drama.

Sooyoung was cast in TV Chosun‘s new drama, “Speed“, which delves into the world of competitive race car driving. Sooyoung will play the role of ‘Seo Ji Won‘, an orthopedist and team doctor of racing team ‘CKins’. With her tall height and lovely face, her character is much beloved and respected. Though she’s a cheerful person, her character also carries deep scars from losing her parents in a car accident when she was younger.

The director of “Iris“, director Yang Yun Ho, will be leading this production, which starts filming in December. Sooyoung will be working alongside actors Lee Jung Jae and Yoo Ah In.

The industry is buzzing with anticipation for Sooyoung’s leading role, as she already showed her potential as an actress through the 2008 KBS2TV sitcom, “Unstoppable Marriage“, and the film “Romance Comic“. She also made a short cameo in the SBS drama “Paradise Ranch“.

It’s that time of the year again, folks. ‘Mnet‘s Annual Music Awards’ (or ‘MAMA’) is gearing up to deliver a spectacular event at the end of November, but before they do, they’re concentrating on narrowing down this year’s most popular artists and songs.

END_OF_DOCUMENT_TOKEN_TO_BE_REPLACED

Jinusean, one of YG Entertainment‘s first artists, will be participating in the upcoming ’15th Anniversary YG Family Concert’. It’ll be their first performance in four years since 2007′s ‘YG One Concert’.

Jinusean has been active behind-the-scene by taking on various duties for the company, while supporting their hoobae artists. Since this year’s ‘YG Family Concert’ is a special event commemorating the 15th year of YG Entertainment’s establishment, Jinusean decided to dust off their mics and perform on stage once again.

It’s been rumored that their hoobaes (such as Se7en, Big Bang, and 2NE1) actively pleaded the duo to perform. Jinusean politely refused until CEO Yang Hyun Suk himself stepped up to persuade them.

YG Entertainment stated, “Seeing as how difficult it was to persuade them, this may really be Jinusean’s last performance. They will put on a special performance to collaborate with their hoobae artists, as well as showcase their own stage, fit for the oldest group from YG.”

END_OF_DOCUMENT_TOKEN_TO_BE_REPLACED

Co-Ed to debut their male unit next year

At the beginning of this year, Co-Ed‘s girl unit ‘5dolls‘ hinted that their male counterparts were in the midst of preparations for their own debut.

5dolls’ Hyewon revealed, “When ‘Co-Ed’ was first created, plans for unit promotions were already being made. There won’t be a disbandment of Co-Ed.  Just like how the girls are getting their own unit, the boys will be making their unit as well and are currently preparing for it.”

Fans have been waiting a long time for an update, and on November 1st, Kim Jungwoo finally delivered one through Twitter.

The idol stated, “The Male unit will be early next year.. It’ll be hard [to debut] this yearㅠㅠ We’ll practice a lot~”

END_OF_DOCUMENT_TOKEN_TO_BE_REPLACED

An interview with B2ST’s Kikwang and his thoughts on acting 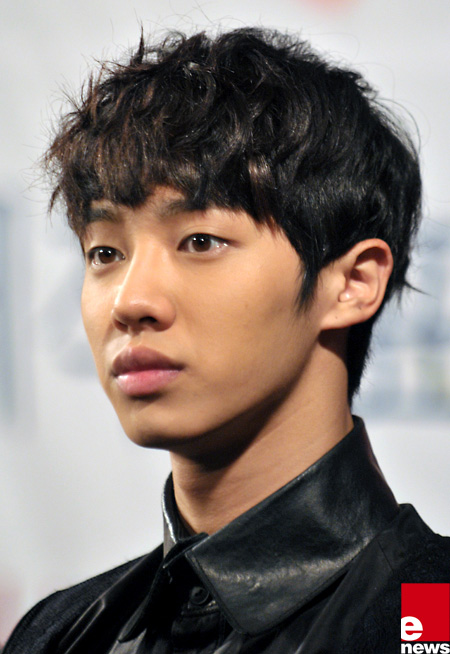 B2ST member Kikwang who has built a strong fan base not only in Asia but also overseas in the US, Europe and even South America is a multi-talented idol. He does it all, as an idol group member, variety show MC, music program MC, and recently even landed a role in a hit new drama.

Differing from other idol stars that land main roles in dramas based on their popularity and fame alone, Kikwang started off his acting career with a small role and built experience over time to take on bigger, more important roles.

He started off with ‘HighKick‘, and moved on to ‘My Princess‘, and has now been cast in the new hit drama series, ‘I’m a Flower, Too‘. Enews24 recently sat down with Kikwang at a press conference for ‘I’m a Flower, Too’ on the 31st to discuss his career.

-What kind of role have you taken on this time around?
“I play the role of a rookie cop named Cho Maru. Its not the name of a Korean potato soup place (laughs). Maru falls in love at first sight with Bongsun (Lee Ji Ah), and he is a warm and fun character. I hope you guys will support me in the drama, even though my acting may be a little lacking.”

END_OF_DOCUMENT_TOKEN_TO_BE_REPLACED

Earlier, it was reported that KBS’s ‘SECRET’ would be coming to an end and replaced by an animal variety show.

Although it was announced earlier that the show would be titled, ‘My Pet’, the name has since been changed to ‘Birth of a Family’.

The new show will document various idol groups taking care of abandoned animals for 8 weeks or so – until the animal is adopted by a new family. In addition, the show will also feature rare animals that are not commonly seen in the company of people. The show hopes to raise awareness about issues involving animal neglect. It hopes that by bringing in celebrities on the show to care after these animals, they may help increase awareness and capture the hearts of citizens. As the celebrities laugh and cry raising these animals, the show hopes to inspire citizens to take a deeper interest in abandoned and homeless animals.

MBLAQ and A Pink were announced as the first idol groups up to take part in the upcoming show. However, due to scheduling issues, MBLAQ has now been replaced by INFINITE.

END_OF_DOCUMENT_TOKEN_TO_BE_REPLACED

The boys of INFINITE wrapped up their promotions for their repackaged full-length album in Korea, putting on their last performance on SBS‘ Inkigayo on the 30th.

Their next plans are to focus completely on Japanese promotions for the time being, dominating with their trendy music and lethal dance moves.

A representative from INFINITE’s management team remarked, “The boys will be performing on stages in Japan for the remainder of the year. They will be a lot busier than the last time we were in Japan, being featured on more TV programs and holding many more fan meet and greets.”

INFINITE who has made their mark in the K-pop scene only a year after debuting with songs like “Be Mine“, and “PARADISE” are now crossing over to take on the Japanese music industry by storm.

END_OF_DOCUMENT_TOKEN_TO_BE_REPLACED 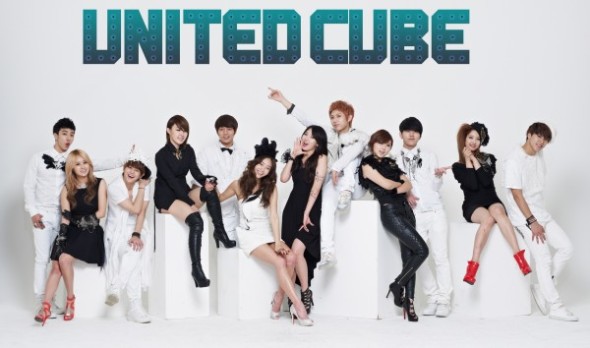 Last week, we reported that tickets for ‘United Cube in London‘ would start selling at the end of October. Fans won’t have to wait on pins and needles anymore, as Live Nation officially kicked off ticket sales for London’s first K-Pop concert.

General admission tickets begin at £65.00, and the event will be held at the O2 Academy in Brixton, South London. The Brixton Academy is known for being one of the biggest non-arena venues in London, and it’s attracted a bevy of world-class performers like Madonna, Arcade Fire, Sex Pistols, and Bob Dylan. Now it’s G.NA, 4minute, and B2ST‘s turn to rock the hall and deliver a concert that London will never forget.

Doojoon, the leader of B2ST, stated, “We’re already excited thinking about performing at a place where many artists that we look up to have performed at before. As the starting point [of a venture into Europe], we will prepare a concert in England that will be unforgettable to everyone.”