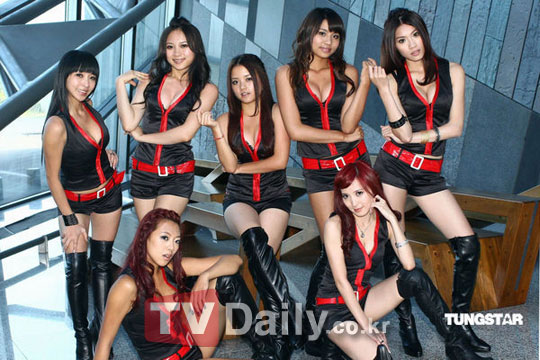 Super 7, the girl group unofficially labeled the Taiwanese version of SNSD have bluntly accused the SNSD ladies of being ‘plastic’.

The Taiwanese media conducted an interview with Super 7 that was released through a recent issue of a weekly magazine.

The ladies who were previously criticized for poorly imitating SNSD in their MV remarked, “At first we were so offended so we cried a lot but we now understand why the MV might have upset the fans. We also feel that criticism is another form of interest, and are able to better deal with negative comments.”

They continued, “There are a few SNSD members that can sing and dance well, but the rest of the members have no special appeals. The SNSD girls have all undergone plastic surgery, but we are natural beauties and their bodies can’t even compare to ours.”

They then quickly changed their attitude by saying, “We’re not saying that we will ever be able to be better than SNSD, but we will view them as our role models.”

Flabbergasted Korean fans who heard their comments remarked, “They should probably learn to be more humble“, “They’re not natural beauties, but rather natural, ordinary citizens“, and “Just please quit copying their stuff“.

The concept behind Super 7 is that their average age is only 22, and that they all have ‘C’ cup chest sizes. 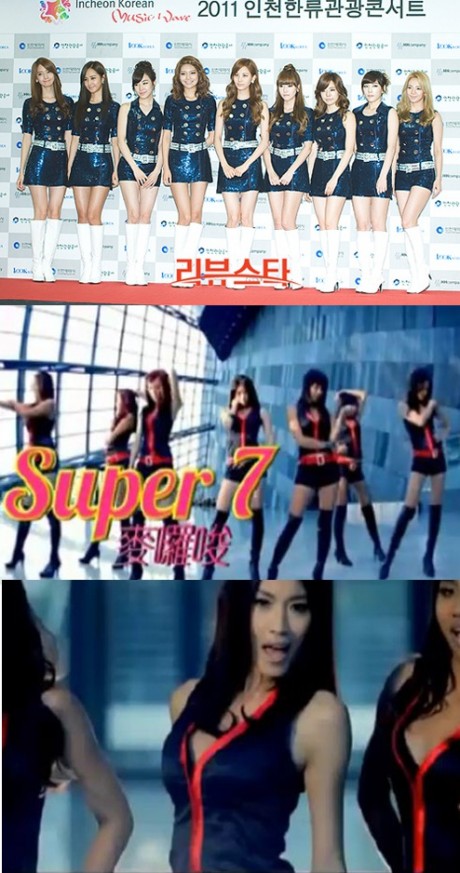 This entry was posted on November 12, 2011 by bontheblog. It was filed under Internet, Interviews and was tagged with SNSD, Super 7.