Hello, this is the administrator of BANGS.

First of all, I want to sincerely say thank you to all of the Big Ban fans that have loved the BANGS blog.

This update will be the last of the BANGS blog, as the operation of this blog is officially scheduled to be ceased. I am sorry to everyone who has been waiting for Season 2 until now.

The BANGS blog will utilize the fan art posting space and the community space so that the fans will be able to view the web toons and images whenever you would like.

END_OF_DOCUMENT_TOKEN_TO_BE_REPLACED

INFINITE’s Woohyun asks his loves to wait for him

On the 17th, Woohyun wrote via his official Twitter , “I’ll be back in one piece. It’s really cold these days. Please make sure you guys don’t catch a cold. Fighting. My loves, you’re going to wait for me, right?”

In the shared photo, Woohyun is wearing a hunter green winter jacket and smiling gently for the camera. Next to him is fellow member Sungyeol who charmed his fans wearing a red sweater and an adorable wool hat.

Netizens who saw the photo remarked, “They have such milky skin“, “I guess Infinite went to Japan. I’ll wait for you“, and “I’ll look forward to your Japanese promotions“.

END_OF_DOCUMENT_TOKEN_TO_BE_REPLACED

MBLAQ’s Mir talks about his volunteering efforts in Peru

MBLAQ member Mir recently participated in ‘Dream of Koika‘, a new volunteer project that was launched by MBC.

Mir was at the press conference that was held at the MBC headquarters on November 16th, and he remarked, “I didn’t really understand what people meant when they said giving and sharing will bring you more joy, but I understand now after having participated in this event.”

“My family owns a lot of land, and we’ve never had to worry about any money problems. I thought I was genuinely happy but when I went to Peru, I realized that I wasn’t. I was sharing the chocolate bars with the Peruvian children and when I saw that they were saving some to take back to their family members, there was so much that went through my mind. I honestly feel like they have helped me more than I have helped them, and there’s a lot of different things I felt and realized during my time there. If there is ever another opportunity like this, I will make sure to go again. I want to see and learn so much more,” he said.

Mir traveled to Peru to volunteer along with fellow member G.O., as well as Kim Hojin, Park Boyoung, Park Jungah, and DJ Koo. The group traveled to Peru on September 14th where they volunteered and offered their services for two weeks. They help build clean bathrooms, aided medical care to the citizens, and promoted Korean culture with events like Tae Kwon Do performances.

END_OF_DOCUMENT_TOKEN_TO_BE_REPLACED

The Hallyu wave is currently blowing strong beyond Asia to other parts of the globe, and K-pop artists are making their way to bigger stages all over the world.

International K-pop fans have been able to instantly access their favorite stars through mediums such as Twitter and Youtube, and accordingly, Korea’s top agencies are well aware that every new group they release will be introduced to an expanding global audience. Here’s a brief look at what Korea’s top 4 agencies have planned for next year.

SM Entertainment has plans to debut a boy group with an international audience in mind. SM’s new boy group will promote in Korea, Japan, and China as both a group and separate sub-units.

END_OF_DOCUMENT_TOKEN_TO_BE_REPLACED 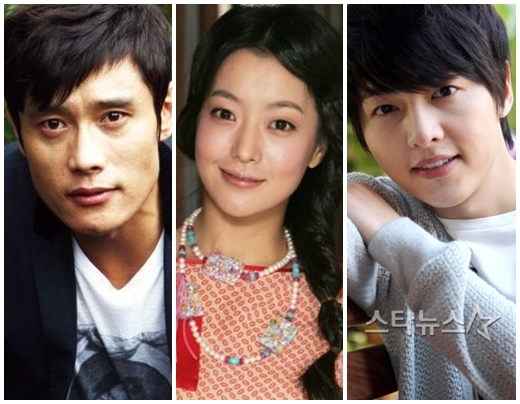 This year’s MAMA (Mnet Asian Music Awards) will be experimenting with a brand new format, in which they won’t be using official MCs to host the show.

On November 17th, Mnet‘s Shin Hyung Kwan revealed to Star News, “There will not be many MCs hosting the 2011 MAMA. We will be challenging ourselves by deviating from the conventional awards show format.”

He continued, “We will be getting rid of MC hosts and instead, introduce a new ‘messenger’ concept. These presenters will be comprised of actors and TV celebrities who will freely help unfold the progress of the ceremony in the form of videos and voice announcements.”

“There are rumors of Yoon Se Yoon being appointed as an MC, but this is not the case. Instead, a total of 20 celebrities attending the awards show will help present the event.”

END_OF_DOCUMENT_TOKEN_TO_BE_REPLACED 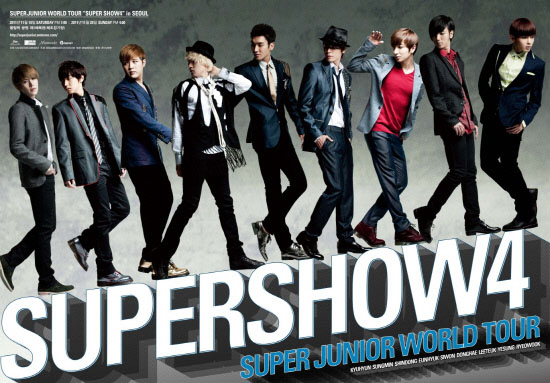 Back in October, we reported that Super Junior would embark on a worldwide concert tour called “Super Show 4“. Additional details about their upcoming tour were revealed today through K-media press releases regarding their next stops and song list.

The boys will kick off their tour in Seoul on November 19th and 20th at the Olympic Stadium in Seoul. Afterwards, they will move onto Japan for performances at the Kyocera Dome in Osaka for December 10th and 11th. Super Junior will then ravel to other Asian cities before reaching major American and European cities.

“Super Show 4″ will include all of Super Junior’s latest songs from their 5th studio album, incorporating their usual glamourous stages, gags and high quality performances to touch their fans’ hearts.

More details regarding concert dates in other cities will be revealed at a later date. 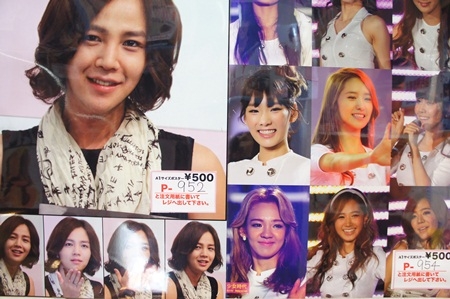 The Hallyu wave is continuing to have a significant impact on Japan.