A family picture of Big Bang’s T.O.P is revealed: “His good-looking appearance runs in the family”

A family picture of Big Bang’s T.O.P is becoming an issue.

Recently, a family picture of T.O.P was uploaded on an online community photo gallery.

His parents, as well as his older sister Choi Hye Woon, who is already popular among Big Bang’s fans for her beauty, appear in the posting.

Netizens comment: “I think his good-looking appearance runs in the family.” “It’s a good-looking family here.” “They are all so good-looking that it makes T.O.P look like an ordinary-looking guy.”

Google Korea awarded on November 22nd the K-Pop artists whose music videos got the most number of views on YouTube. Only the top 3 groups/artists attended the event. Here’s the top 10 list where 2 of BIGBANG’s videos are included: 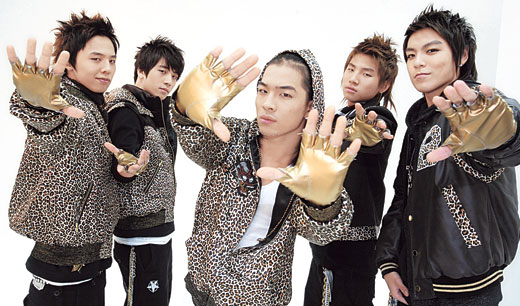 END_OF_DOCUMENT_TOKEN_TO_BE_REPLACED

It’s just been reported that JYJ‘s Jaejoong has delayed his military enlistment, citing ‘overseas stay’ as his reason. At this time, his enlistment date has been pushed back to August 31st, 2012. However, if he wishes to postpone his enlistment date then, he will be able to request for a deferment, provided that he has a reasonable excuse.

Jaejoong received his military draft notice back in September. Although he’s currently a student enrolled in Kyung Hee Cyber University as a communications major, he’s reached the age of 24. Consequently, he’s of age where he could be included in the draft despite still being a student.

C-Jes Entertainment told Dispatch over the phone, “Jaejoong has requested for a deferment of military enlistment. He has received permission from the Military Manpower Administration. The enlistment was postponed since there are a lot of overseas promotions this year. There is no problem with him promoting until August of next year.”

The agency’s decision to cite “overseas stay” as the reason for deferment rather than school immediately caught the public’s attention. Some netizens even began to whisper that Jaejoong couldn’t use school as his excuse because he was expelled.

END_OF_DOCUMENT_TOKEN_TO_BE_REPLACED

Super Junior, 2NE1, and HyunA have been making headlines all year with their YouTube view counts. On November 22nd, these three teams received awards at the ’2011 YouTube Kpop Awards’ at Google Korea in Seoul.

HyunA stated, “I was surprised at the large amount of YouTube viewcounts. I saw a lot of people upload videos with my song, and there were many who were better than me; I gained strength [from seeing all the videos].”

2NE1, who had three videos in the Top 10, commented, “We will continue to upload a lot of cool videos in the future. Please show them lots of love. We put a lot of effort into showing you a lot of things in ‘I Am The Best’ music video, so I think that is probably why a lot of people watched the video.”

Super Junior’s Leeteuk stated, “This award is especially more valuable because fans all over the world were the ones who made this award possible. We will continue to spread the Korea’s culture throughout the world… I also clicked on our music video 10 times. Whenever we’d go perform overseas, the clip would be uploaded onto YouTube right away. Seeing this, I felt how strong media’s power had become.”

END_OF_DOCUMENT_TOKEN_TO_BE_REPLACED

B2ST member Son Dongwoon recently uploaded a photo via Twitter with the caption, “Going to Japan, be back soon. Try not to catch a cold, everyone“.

In the photos, Dongwoon along with fellow members Yong Junhyung and Yoon Doojoon pose as chic gentlemen for the camera, each donning a pair of dark shades.

Netizens who saw the photos remarked, “Fashionable idols at the airport” and “Junhyung’s pose is unique“..

In related news, B2ST along with 4minute and G.NA will be performing at the ‘United Cube Concert‘ in London on December 5th.

END_OF_DOCUMENT_TOKEN_TO_BE_REPLACED

According to JYJ‘s label C-JeS Entertainment, over 80,000 fans were in attendance at the JYJ World Tour show that took place in Ibaraki, Japan on the 15th, further proving that JYJ is still dominating Japan’s music scene.

Their special edition ‘In Heaven‘ album to be released at the end of the month has received more advanced sales than any other album at record stores, and their Jamsil Concert DVD sold out on Amazon Japan immediately after being released.

A representative from Tower Records stated, “We received an explosive amount of pre-orders for JYJ-related CDs and DVDs, as soon as they come in… what’s more amazing is that they have not been able to perform on stage or promote themselves properly for the past two years, yet still accomplish these results.”

END_OF_DOCUMENT_TOKEN_TO_BE_REPLACED

Pledis reveals a closer look at the Pledis Boys 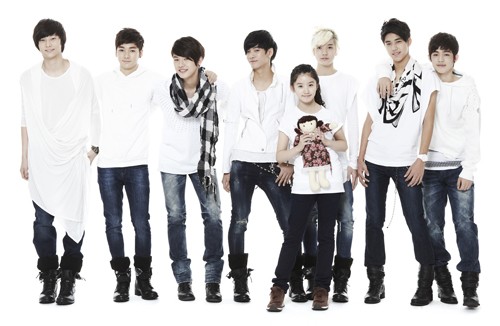 Pledis Entertainment has finally removed the veil from thee male version of After School.

Pledis Boys, formerly known as After School Boys, have been a hot issue even though they have yet to debut. The public got a chance to get a closer look at the 7 Pledis Boys on November 21st.

On this day, Pledis Entertainment unveiled the Pledis Boys through their agency family album titled, “2011 Happy Pledis“. In the picture, the 7 members (with one unidentified young girl trainee) are flaunting their clean cut look as they smile to make their first greeting to music fans.

Particular interest has gone to the fact that there were a couple familiar faces in the group. One of which was MBC‘s “Birth of a Great Star“‘s Jang Do Yoon, who was also called the 2nd Jung Yong Hwa. The other familiar face was Jong Hyun who made a 3-second appearance on KBS‘s “Hello” and became a topic of interest on the internet for about 3 days.

END_OF_DOCUMENT_TOKEN_TO_BE_REPLACED

It’s being reported that J.Y. Park will appear in ’Dream High 2‘, the sequel to the popular teen drama series which is scheduled to air in early 2012.

According to a representative who revealed on November 21st, “J.Y. Park is scheduled to play a character that will connect the events of Season 1 to Season 2. At this time, the scripts for the first three episodes have been completed and J.Y. Park’s character (Yang Jin Man) is in there. He is the only character from Season 1 that will appear in Season 2. Unless the script changes dramatically, it is nearly confirmed that J.Y. Park will act in the drama.”

In the first season, J.Y. Park starred as the poor English teacher, Yang Jin Man. But he didn’t just teach English — he also taught the preparatory music lessons as well.

While his role was very comedic, it was also very endearing. Through this, J.Y. Park was even nominated for the ‘rookie actor award’ at the 47th Baeksang Arts Awards.