Daesung shares his feelings on his comeback

Daesung, who recently made a comeback with the MBN drama, What’s Up after seven-month long hiatus, shared his thoughts on his comeback at a press conference for the drama held on December 6 in Seoul.

When asked to share his feelings about making a comeback, he answered, “While taking a break, I thought about what I’ve done up to date and what I should do in the future. And I wanted to make an official appearance like this to make an apology to everybody.”

Daesung went into hiatus since his involvement in a speeding accident that resulted in the death of a motorcyclist in May. The Big Bang member returned to the entertainment industry with the role of Ha Do Sung in the drama. His comeback and his first acting attempt have been drawing a lot of attention and support from his fans.

Daesung continued, “I thought I should return and show my better side. I’ve been nervous and worried under the pressure that I had to please people.” “Due to my activities, I often missed out on classes. And thanks to this role, I got to have direct experience in school life. I enjoyed shooting since the fellow cast members are about the same age as me and our lifestyles are similar.”

END_OF_DOCUMENT_TOKEN_TO_BE_REPLACED

Who were the top digital sellers in K-POP for 2011?

Fans all over the world are busily casting their votes for the “2011 SBS MTV Best of Best” poll, which will determine the most-loved artists of the year. As of December 7, 2.4 million netizens are reported to have participated in the various categories the polls offer.

Voting began on November 28 and the competition still remains fierce amongst fans. In the “Artist of the Year” category, SM Entertainment labelmates DBSK and Super Junior are going head to head, while in the “Best Female” category, SNSD and 2NE1 are neck to neck. In the “Best Male” category are U-Kiss and GD&TOP.

The “Best New Artist” award is seeing a three-way competition among B1A4, Block B, and Boyfriend, while the “Top Rival” category has Super Junior and Big Bang with the hottest votes.

In the “Global Star” category are SHINee, Big Bang, and DBSK, while the “Girl Group” category has 2NE1 and SNSD. Super Junior and Big Bang are also matched up against each other in the “Boy Group” category.

END_OF_DOCUMENT_TOKEN_TO_BE_REPLACED 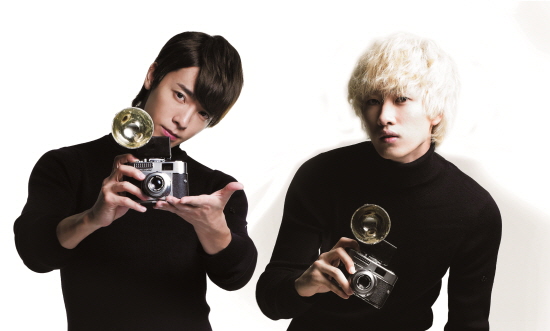 Super Junior‘s Donghae and Eunhyuk have announced that they’ll be releasing a special duet.

END_OF_DOCUMENT_TOKEN_TO_BE_REPLACED

Big Bang and Super Junior triumph over Britney Spears in 2011

Boy groups Big Bang and Super Junior garnered a lot of international interest in 2011, having beat out international pop icon Britney Spears to achieve their titles as world stars.

First, Big Bang attended the 2011 MTV EMA‘s which were held in Belfast, Northern Ireland back in November.

Big Bang stunned the world, and themselves, by winning the award. They became the first Korean artist to ever achieve such a title, and Big Bang made their mark in K-pop history.

END_OF_DOCUMENT_TOKEN_TO_BE_REPLACED

Which SNSD member was jealous of Seohyun’s coupling with Jung Yong Hwa for ‘We Got Married’?

On December 8th, the ladies of SNSD were the guest on Mnet‘s “Beatles Code” and was asked if any member was ever jealous of another member.

To that question SNSD’s Taeyeon answered, “I was also a guest on MBC’s ‘We Got Married’ but the man I was married to was a totally different person. It’s hard to be on a variety show with friends that have similar ages so I was quite jealous of Seohyun”.

Seohyun and CN BLUE‘s Jong Yong Hwa got together as a fictional couple and were one of the most popular couples on ‘We Got Married’. They were labeled the “Sweet Potato Couple”, however, back in 2009, Taeyeon was paired up with old comedian Jung Hyung Don and they were known as the “Pudding and Jelly Couple”.

It seems Taeyeon wanted to have a husband that was young and handsome like Jong Yong Hwa. If you were on the show who would you want to be paired up with?

SHINee’s Japanese fan event gets shut down by the police

SHINee‘s popularity in Japan has caused local police to shut down an event 30 minutes before its scheduled launch.

Japan’s Sankei Sports reported that SHINee had planned to carry out a secret event commemorating the release of their new album ‘The First’ on December 7th in Tokyo’s Shibuya area.

An advertisement stating, “Find the 5 Santa Claus whose name starts with an ‘S’”, was posted in front of JR Shibuya Station, which drew approximately 1,000 fans.

The local police came onto the scene and stated that the event had to be shut down since there was no prior notice given, and they were concerned about the risk of accidents due to the sudden influx of people.

END_OF_DOCUMENT_TOKEN_TO_BE_REPLACED

TVXQ becomes the #1 searched male celebrity in Japan for 2011 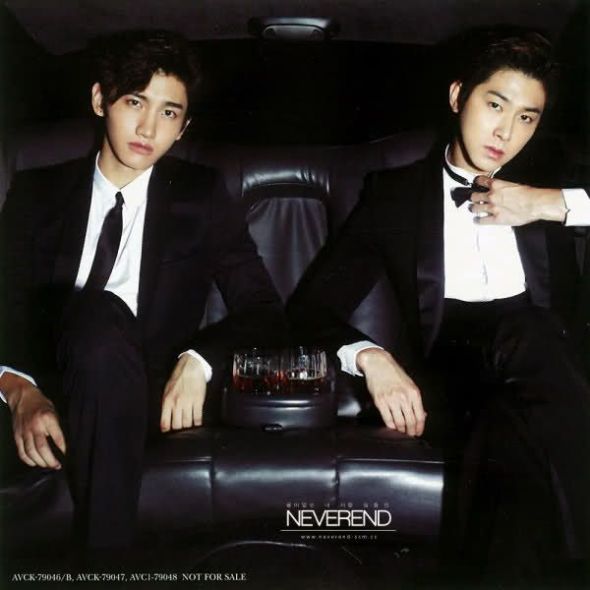 TVXQ has become the #1 searched term for the male celebrity category in Japan.

On December 8th, MSN Japan‘s ‘Keyword Search Yearly Ranking 2011′ reported that TVXQ had beat out popular Japanese artists to place 1st in the top 50 of the male celebrities category.

Additionally, the group came in #2 on Yahoo Japan‘s ’2011 Search Word Ranking’ in the famous males category, right after the popular Japanese group Arashi.

This comes as no surprise, considering that the boys dominated the Oricon weekly and monthly chart with ‘Keep Your Head Down’ and ‘TONE’. ‘TONE’ also became the first album in 11 years to sell 200,000 copies within the first week alone.

END_OF_DOCUMENT_TOKEN_TO_BE_REPLACED

T-ara’s Soyeon talks about her new role as leader

Recently, we reported that Soyeon had replaced Hyomin as the leader of T-ara. Since it’s her first time taking charge in the group, Soyeon was understandably worried about her new role.

“Honestly, I feel stressed and I have a lot of heavy thoughts,” she confessed. “Hyomin, who came before me, did such a good job boosting T-ara’s popularity; I feel a responsibility to continue developing the team since I’m older than her.”

“T-ara’s leader doesn’t just look down from on high, but works at the lowest level, doing the menial jobs,” Soyeon said. “I will always perform my duties as one of the members.”

Soyeon revealed that this isn’t the first time she’s found herself in a position of power. “When I was in elementary school, I was the class president for five years,” she noted. “Since I don’t have any siblings, I like socializing with other people. I’ll use this skill to act as the intermediary.”