However, December 12th, a representative of the SBS Entertainment Awards revealed, “The MCs for the Entertainment Awards have not yet been confirmed as Kim Yong Man, Kim Won Hee, and Shin Bong Sun. Since they each have their own schedules, adjustments are needed. We are thinking positively with regards to having new MCs. If the schedules can be adjusted, I will willingly accept.”

The 2011 SBS Entertainment Awards will be held on December 30th at 8:40 p.m. at the SBS Deungchon-dong Open Hall. The nominees for the awards ceremony will be revealed next week. 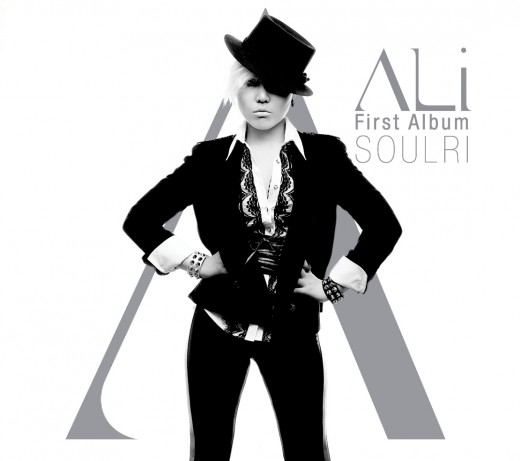 Thanks to her growing popularity on KBS‘s ‘Immortal Song 2‘, ALi has revealed that she will be releasing her first studio album, “SOUL-RI: A Town With Soul“.

Although it’s been two years since her debut, “SOUL-RI: A Town With Soul” will be ALi’s very first full-length album. Scheduled to hit shelves on December 13th, the album contains a featuring by B2ST‘s Junhyung for her title track, “Don’t Act Countrified“. The music video has also cast actor Jun Tae Soo, who’s been on a 10-month hiatus since assaulting a taxi driver 10 months back.

The album contains a total of 11 songs, four of which ALi personally composed, wrote, and produced.

She stated, “I’m really glad to finally be releasing an official album two years into my debut. More than anything, I’m happy that songs I’ve kept stored away will finally be able to see the light. I want to perform music that is able to connect with everybody, something that satisfies anybody that is a lover of music. Please give this album your love and support.”

END_OF_DOCUMENT_TOKEN_TO_BE_REPLACED

Winners from the ’2011 SBS MTV Best of the Best’ awards

On November 28th, MTV Korea kicked off their ‘2011 SBS MTV Best of the Best‘ awards!

END_OF_DOCUMENT_TOKEN_TO_BE_REPLACED

With 2011 coming to a close, the industry has been busy calculating the annual best of the best, among them being the top TV shows of the year.

Recently, a list of top 10 TV shows with the highest viewer ratings was released, in which KBS dominated with eight dramas. Interestingly enough, their ‘Happy Sunday‘ was also the only variety program to make the top 10 cut amidst fierce competition from other dramas.

SBS managed to keep its pride thanks to the success of its dramas ‘Secret Garden‘ and ‘Deep-Rooted Tree‘. MBC, on the other hand, didn’t have a single drama or variety show on the list.

Shows were ranked by TNmS based on total average viewer ratings nationwide. Check out the rank below!

END_OF_DOCUMENT_TOKEN_TO_BE_REPLACED

Boyfriend made their “I’ll Be There” comeback on the December 11th episode of SBS‘s ‘Inkigayo’ and were greeted by a special surprise from their Starship Entertainment seniors.

SISTAR’s Twitter updated with a group photo of the two groups along with the message, “Visited ‘Inkigayo’ to support Hyorin and Boyfriend!!!!! Boyfriend ‘I’ll Be There’ daebak!!! ^^.”

Boyfriend commented, “Thank you so much for coming despite your busy schedule. It was a source of strength for us.”