After School & the Pledis Boys deliver briquettes to heat homes 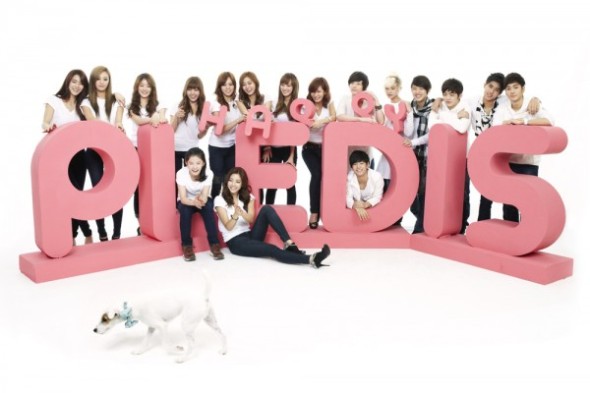 On December 27th, After School and the Pledis Boys met up with fans to combine their volunteer efforts and deliver briquettes to heat homes.

Pledis Entertainment expressed, “In the cold weather, the Pledis artists worked with their many fans to help ensure that low-income families in Guryong town will have a warm winter this year.”

After School has dozens of year-end events lined up, but they took the time off to sweat a little right alongside their fans for a meaningful event. Despite being smudged with charcoal, everyone was all smiles throughout the effort, warming the hearts of those watching.

The company is already donating proceeds from their “Happy Pledis” album. Last year, they donated to the ‘Save the Children‘ foundation. This year, they’re helping young children once again through ‘UNICEF‘ and the ‘Sibling Doll Project‘.

END_OF_DOCUMENT_TOKEN_TO_BE_REPLACED

Bugs, one of the most popular music sites in Korea, has just released their results for the ’2011 Bugs Music Awards’.

END_OF_DOCUMENT_TOKEN_TO_BE_REPLACED 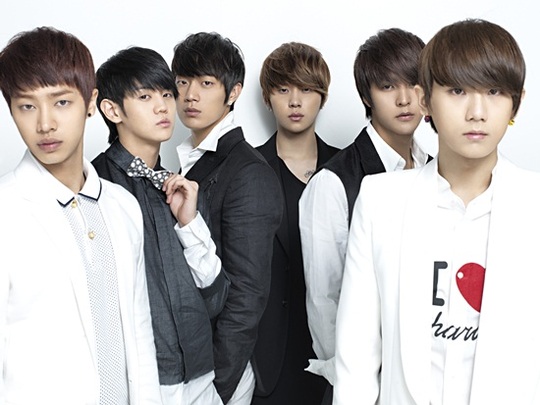 Having risen to the top of idol groups in just two years, B2ST is now looking forward to a 14-country worldwide tour. They’ve been on the fast track to success since their debut, and each new month brings even bigger and better achievements.

To celebrate the year’s end, leader Doojoon sat down for a series of interviews honoring the ‘Hot People Who Made This Year Shine’ by OSEN.

He began, “We still have to work so much harder. Really. I’m not saying this because it’s an interview, but we truly felt disappointed in that we hoped, ‘If only we could release another album…’ Officially, we only had five weeks worth of promotion time in Korea.”

At the mention of their growing popularity, Doojoon immediately shook his hands no. “Honestly speaking, we thought we’d hit it really big with our debut (laughter). We thought that even though we might not reach top star status, we’d still gain quite a bit of recognition. That wasn’t it, though. Thanks to other idol groups, we received some attention, but other than that, it was really hard for us. The members prepared their hearts, with some wondering whether they should get a part time job while others wondered what other career paths to take, really seriously.”

END_OF_DOCUMENT_TOKEN_TO_BE_REPLACED

Earlier, we reported on the spectacular line-up that will be making an appearance at the ’2011 SBS Gayo Daejun’.

To tease the fans, who are waiting in anticipation, even further, SBS has aired a short preview featuring behind-the-scenes clips of TVXQ, Girls’ Generation, B2ST, Kim Hyun Joong, and Wonder Girls.

Check out the preview below!

END_OF_DOCUMENT_TOKEN_TO_BE_REPLACED

SHINee and B1A4 have been honored the ‘Artist of the Year’ as well as the ‘Rookie of the Year’ on Japan’s Tower Records!

On December 28th, Tower Records reported the results for the ‘K-Pop Lovers! Awards 2011‘, which combines netizen votes and album sales. In the artist of the year category was SHINee, who was followed by KARA in second and Super Junior in third.

The ‘Rookie of the Year’ category was topped by B1A4, who sold over 20,000 mini-albums as well as gaining the most netizen votes, followed by Boyfriend in second and Block B in third.

B1A4′s Japanese label, Pony Canyon, commented, “It’s a meaningful award in that it’s a combination of votes by consumers of Tower Records.”

BANG&ZELO has come up with an impressive performance for the ‘2011 SBS Gayo Daejun‘!

TS Entertainment shared, “BANG&ZELO will be the red carpet opening performance at the ’2011 SBS Gayo Daejun’, which takes place at the Ilsan Kintex on the 29th at 8:50 p.m. KST.”

The two will be performing “Never Give Up“, and considering the fact that SBS usually only gives the opening stage to the strongest rookie debut of the year, BANG&ZELO is off to a good start even before they’ve made their official debut as B.A.P.

After their attendance, they’ll be concluding their activities as a unit group to prepare for their large-scale showcase debut next month. Tickets for the showcase opened on their fancafe this week, and the boys have been receiving calls from even fans overseas that would like to attend.