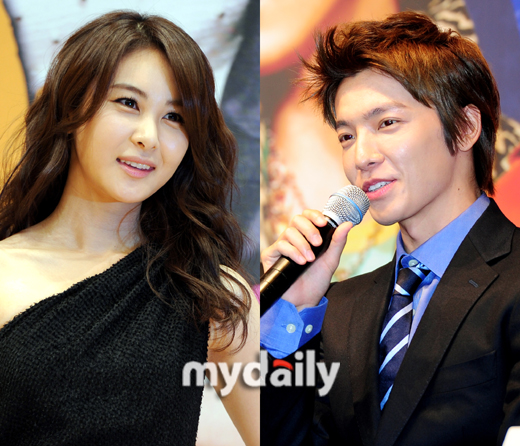 Earlier, producers of ‘We Got Married’ revealed that four members of Super Junior went on a blind date with four actresses, and that two of them would be considered as new permanent couples for the show.

Out of the four, member Donghae was revealed to be paired up with rookie actress Son Eun Seo. Depending on the opinions of the viewers, the couple has a chance of becoming a new addition to the show. Consequently, fans have been trying to dig up as much information as they can on both Donghae and Son Eun Seo.

The simultaneous castings being made by ‘We Got Married’ and its Lunar New Year spin-off, ‘Pit-a-pat Shake‘, has created some confusion between fans and industry officials alike, especially because of some overlapping names.

A few hours ago, Sungmin was revealed to be a couple with SISTAR‘s Hyorin. Hyorin’s agency clarified the distinction by revealing that Hyorin is not in ‘We Got Married’, but in ‘Pit-a-pat Shake’.

This entry was posted on January 7, 2012 by bontheblog. It was filed under TV Show and was tagged with Donghae, Son Eun Seo, Super Junior, We Got Married.