Big Bang and JYJ, most wanted on TV for Lunar New Year holiday 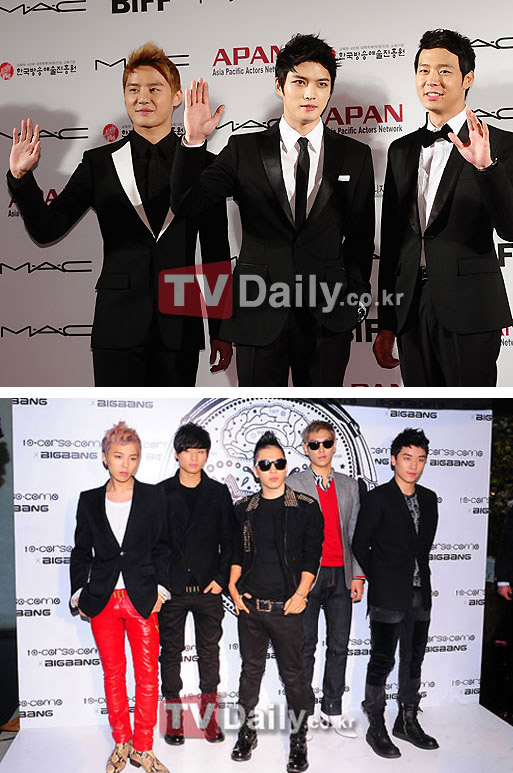 An online lecture website conducted a survey on “Which boy bands are most wanted on TV during the Lunar New Year’s holiday?”. The survey had 1173 participants.

It was commented that, “It has been a long time since Big Bang appeared on TV. Even at the music awards ceremonies held at the end of the year, Big Bang did not make an appearance, because of some problems. Therefore, the fans are hoping to see the group at least during the Lunar New Year’s day.”

Also, for JYJ, it was said that, “Because it is only possible to see JYJ on commercials here and there and at their concerts, the fans’ hope to see them on TV is growing.”

This entry was posted on January 20, 2012 by bontheblog. It was filed under Internet and was tagged with Big Bang, JYJ, Yg Entertainment.