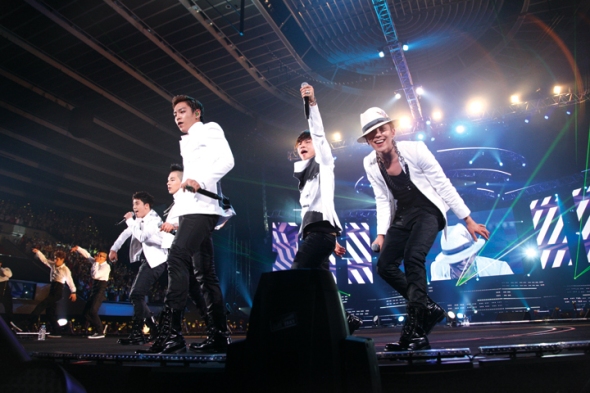 Sales of all editions (including repackages) and versions (Korea, Taiwan, Japan, etc.) of the same album in 2011 are summed together for the bestseller ranking. This means, for example, that Mr. Simple and A-CHA sales are counted together as Super Junior’s fifth album, while non-repackage follow-ups, like Big Bang’s 4th Mini Album and Big Bang Special Edition and CNBLUE’s First Step and Thank You, are counted separately. Only Korean-language releases are included here

No surprise, Girls’ Generation was the top-selling artist of 2011. Their new releases sold. Their old releases sold. Basically, everything the nine girls touched turned golden in 2011. 2NE1 was the only other female artist to crack the top ten in overall artist sales; they would be ranked #7 after SHINee (who didn’t release any new K-pop in 2011 but sold plenty of their older albums). Super Junior came out on top among the male artists, and Big Bang spread out their sales with group, unit, and solo releases (Seung Ri’s V.V.I.P. was actually the best-selling solo artist album of 2011).

This entry was posted on January 21, 2012 by bontheblog. It was filed under News and was tagged with Big Bang, K-pop, YesAsia, Yg Entertainment.