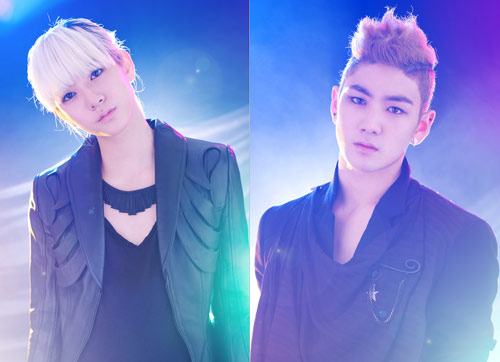 After months of anticipation, upcoming boy group NU’EST has finally introduced their entire group by revealing the identity of their final two members, Baekho and Len!

Previously, Pledis Entertainment revealed the faces of Minhyun(18), Aaron(19), and leader JR (18). Now they’ve rounded out the crew with Baekho and Len.

Ren (seen on the left) may look a little feminine, but he’s reportedly the mischievous mood maker of the group. Meanwhile, Baekho exhibits a more powerful image with his sharp jaw line and focused gaze.

NU’EST will be making their official debut in March.

This entry was posted on January 21, 2012 by bontheblog. It was filed under News and was tagged with Baekho, Len, NU’EST, Pledis Entertainment.