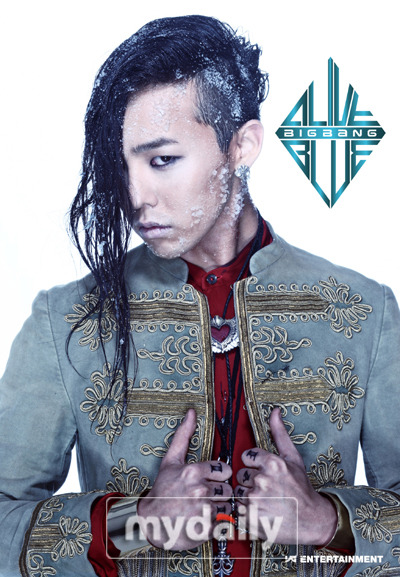 Interviewer: It has been a long time. How have you been?
GD: I’ve been fine. I spent my time with my family. Prepared for this album and spent some time thinking this and that.

I: What is your thought about singers? I wonder, what do you think about your figure?
GD: Well, when I was a young boy, I thought singers are cool. That’s why I wanted to be a singer in my early years. I think Bigbang is cool. Not being on the stage, but also in real life. I don’t mean that they are handsome and tall. I mean they got swag. There are so many things that I have to learn as a friend, a young brother, and an older brother. It makes me a burden because I’m a leader but it also makes me try to push myself.

I: What is your biggest stress/pressure?
GD: Preparing for the next album. It is one of biggest pressure to me because the next album is more important than the last one. When I had to prepare for the last album, ‘TONIGHT’, I thought “This is the most important album!” When I prepared for this album, I thought “This album is the most important one!” Maybe I will think again the same when I prepare for a new album. It is also one of my pleasant worries. I was pulsating. Well, I don’t know. Last year, ‘TONIGHT’ was my favorite album. And now it’s ‘BLUE’. My taste in music changes continuously and I share it to people. I wonder what they will say to me after they listen to it and what part they like the most. I’m going well.

I: Bigbang sings mainly about LOVE.
GD: I think many Korean think about love a lot and they want comfort. When you hear music, you think that “Oh this lyrics is what I have in mind.” or when you are sad, you hear the music and cry. That’s why music is powerful.

I: Tell me about BLUE.
GD: BLUE… Many people think that idol group just have younger fans. But I think more twenties and thirties age group will really like this song. They will sing more and sympathize with this song more than teenagers will.

I: Do you have assurance in this album?
GD: Uh…. Yes. I’m always confident with it. Not boasting. When we hear our music, we said “That’s it!” haha. Because it is ours. I pour out my soul and try to be frank. And… it is for the season.

This entry was posted on February 18, 2012 by bontheblog. It was filed under Interviews and was tagged with Big Bang, G-Dragon, Naver, Yg Entertainment.