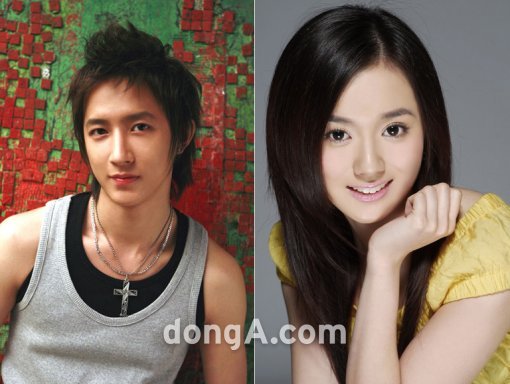 Former Super Junior member Hankyung has been recently rumored to be dating Chinese actress Jiang Kai Tong who is five years his junior, but now netizens are speculating that the two will soon be getting married.

The paparazzi previously spotted Hankyung with Jiang Kai Tong at the airport, causing netizens to speculate about a romantic relationship between the two.

But now according to rumored reports in the Chinese and Taiwanese media, not only has the couple left for a Maldives vacation together, but the parents of both parties have already met with each other to discuss marriage plans.

The speculation continues, but neither party has issued an official statement confirming these rumors to be true.

This entry was posted on February 21, 2012 by bontheblog. It was filed under Internet, Rumor and was tagged with Hankyung, Jiang Kai Tong.