Will B1A4 be a survivor in the tough music world, ‘war of the stars’? 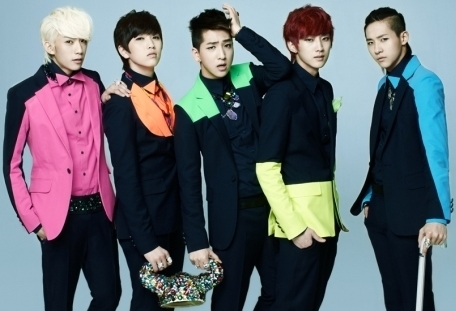 B1A4 is expected to take over the music scene by a storm.

Despite recent comebacks of K-pop super stars such as Big Bang, 2AM, miss A, and planned comebacks of SHINee, CNBLUE, and Shinhwa, B1A4 will be promoting their new album in the music battle field.

Since its release on the 14th, B1A4′s title song, “Baby I’m Sorry“, from their new album ‘IGNITION‘ has been rapidly climbing various music charts. The song received special attention because B1A4′s very own member, Jinyoung, wrote and produced it.

It hasn’t even been a year since their debut and B1A4′s fan cafe has already exceeded 70,000 members.

Their agency WM Entertainment commented, “The full album was suggested by B1A4 members. Although they felt pressured because their comeback timing coincided with many other super stars, they are very enthusiastic for their comeback with a brand new image. You guys can expect a good comeback.”

B1A4 launched their promotion with their highly anticipated comeback stage on the airing of ‘M! Countdown‘.

This entry was posted on March 17, 2012 by bontheblog. It was filed under News and was tagged with B1A4, WM Entertainment.