BoA’s character poster for upcoming film, ‘I AM’, revealed 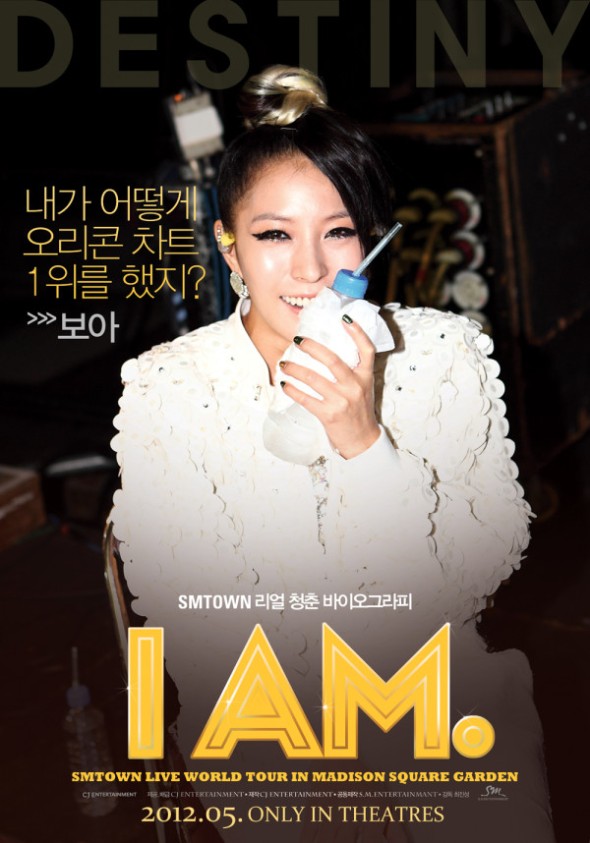 Following the releases of the character posters of SHINee and f(x) for SM Entertainment‘s ‘I AM‘, world star BoA has released her very own today!

As previously announced, the film will feature footage of the company’s artists right before they head up on stage to perform for thousands all over the world. True to its synopsis, the poster features BoA dolled up in her stage outfit but still carrying her characteristic natural charm.

Her personal message wrote, “How did I get first on the Oricon?”

This entry was posted on April 11, 2012 by bontheblog. It was filed under Movie and was tagged with BoA, I Am, SM Entertainment.