TVXQ’s character posters for ‘I AM’ revealed 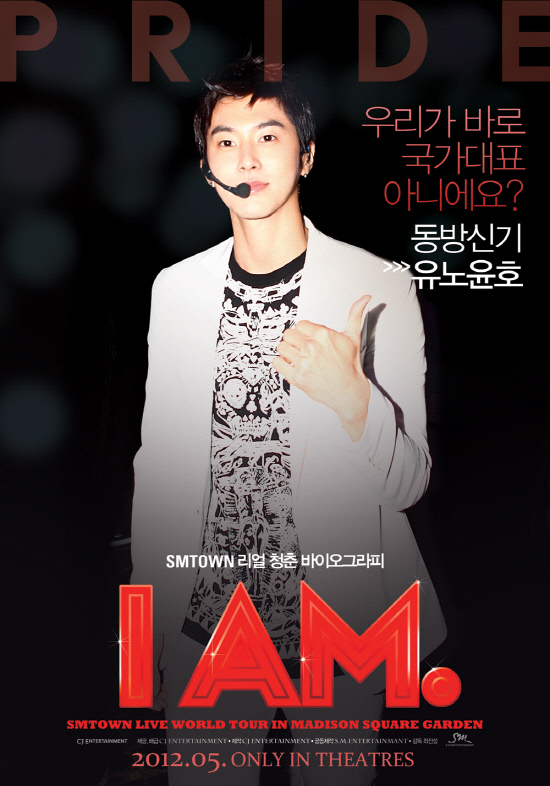 Following the releases of the character posters for f(x), SHINee, BoA, and Kangta, TVXQ has released their own character poster for SM Entertainment’s upcoming film, ‘I AM‘.

The poster shows the charismatic members during a performance in a concert.

Yunho‘s poster states, “Aren’t we the representatives of Korea?” while Changmin‘s reads, “I never dreamed that I would become a star.”

The movie will contain footage from behind the scenes of SMTOWN concerts as well as the the process of preparation and daily lives of the SM Entertainment artists. The movie will hit theaters in May.

This entry was posted on April 14, 2012 by bontheblog. It was filed under Movie and was tagged with I Am, SM Entertainment, TVXQ.