Over the past week, the group has been releasing teaser images in pairs with their new hair styles, or colors for some of them, and Daehyun and Youngjae are the final two to complete the round. Don’t get too comfy yet, though, as TS Entertainment has revealed that there will also be a teaser video release tomorrow on April 20th!

As traditional of teasers, the video will give a brief preview of what fans can expect from their upcoming album.

Youngjae’s definitely gone for the most dramatic hair style change out of the group by shaving off the sides for a wispy, blonde mohawk look.

END_OF_DOCUMENT_TOKEN_TO_BE_REPLACED

With the release of their new album just days away, idol group U-KISS has revealed a new teaser image.

On April 19th, the group’s label NH Media announced U-KISS’ comeback via their official Facebook and Twitter pages by sharing the the main image of the boys 6th mini-album, ‘DORADORA‘.

Fans were surprised upon seeing the image, as the boys’ new doll-like appearance is completely different from the fierce and masculine look they have displayed until now.

What drew attention is the way the boys’ unique fashion style made them look unified as a group, but each member was able to still bring out his own individuality and charm.

END_OF_DOCUMENT_TOKEN_TO_BE_REPLACED

F.CUZ’s Kan confesses that he once contemplated suicide believing himself to be the cause of Lee U’s departure

Last year, F.CUZ‘s former member Lee U announced his departure from the group to launch a solo career.

Fellow member Kan finally spoke up on his feelings about the departure in a recent interview with Star News and shared his thoughts on the changes.

The group debuted back in 2010 as a four member group and headlined often because Lee U was the son of legendary singer Sul Woon Do. Lee U left about a year later, however, due to the differences in musical styles, and the group spent a year as a trio before adding Raehyun and Daegun to the group.

Unfortunately in January of last year, Kan suffered a major car accident during his way home from the filming of SBS‘s ‘Athena‘ where he injured his shoulder, nose, and forehead. F.CUZ had to hastily conclude their follow-up promotions.

END_OF_DOCUMENT_TOKEN_TO_BE_REPLACED 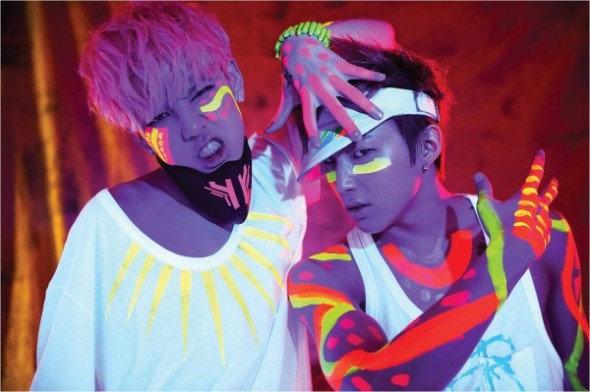 Following the teaser release of Himchan and Bang Yong Guk yesterday, B.A.P. has returned today with another image of maknaes Jongup and Zelo!

END_OF_DOCUMENT_TOKEN_TO_BE_REPLACED

Big Bang on ‘MTV World Stage’ to air in 160 countries

Big Bang will be meeting with fans in 160 countries around the world through MTV World Stage-Big Bang Alive before the start of its world tour.

MTV World Stage-Big Bang Alive will air worldwide on May 4. Most of the broadcast will be devoted to the group’s performances of tracks from its fifth mini album Alive.

The performances of Bad Boy, Fantastic Baby and Blue from the group’s Big Bang Alive Tour 2012 held in Seoul in February will be making it into the broadcast, which is expected to effectively draw anticipation from the fans waiting for Big Bang’s world tour to come by their countries.

More performances from Alive and interviews of the members previously revealed through the ‘YG On Air’ service on Naver Music will air alongside the other videos.

END_OF_DOCUMENT_TOKEN_TO_BE_REPLACED

GD&TOP, SNSD, and Miss A to have Collaboration Stages with “Kpop Star” Top 3 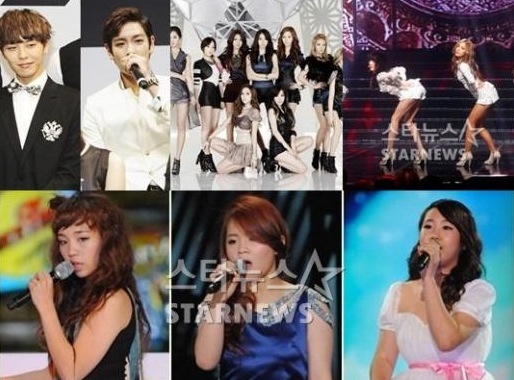 A dream-like stage will be put on for SBS‘ “K-Pop Star,” which is now at the top 3, Park Jimin, Baek Ahyeon, and Lee Hayi. Top Korean stars G-Dragon and TOP, Girl’s Generation, and Miss A will be collaborating with the three contestants.
On the 18th, a representative revealed to Star News that G-Dragon and TOP will be performing on the K-Pop Star episode to be aired on the 22nd for a collaborative stage.

Girl’s Generation, who is talked about every day even though they are not currently promoting, will also be collaborating with one contestant.

Miss A, who released title song “Touch” with their new mini album in February, is also planned to perform that day.

People are interested because GD&TOP, Girl’s Generation, and Miss A are not only featured on the show, but are actually performing on this audition program. This show is continuously pleasing k-pop fans, as the top 3, Park Jimin, Baek Ahyeon, and Lee Hayi are rising to fame.