EXO-K members talk about their debut and future goals

The members of EXO-K recently sat down with Mydaily for an interview where they bared their past history and upcoming goals in an effort to get closer to fans.

Leader Suho kicked off the interview by introducing the meaning behind EXO, “EXO is derived from EXO Planet, and I feel that it’s a name that matches us well. We want to show the entire world what EXO’s all about. It’s only been about three weeks since we came to Earth, but I think we’ve been adjusting very well (laughter).”

Prior to their debut, EXO released promotional teaser videos for about 100 days before marking their debut with a showcase at the end of May. After seeing what the boys were finally all about on stage, the reaction from new fans was ecstatic. The members revealed that they still hold those feelings to heart.

Kai reminisced, “About five seconds before we were to begin our stage, I felt as if my heart would explode. I felt nervous, but listening to the screams of our fans was electrifying. It’s a feeling that can’t be put into words. Once we began our choreography with the music, I thought to myself, ‘So this is why I became a singer. I’d have no regrets dying on stage.’”

D.O. stated, “We’re three weeks into our promotions now, and there’s nothing that’s particularly difficult about it. I’m just glad to be able to stand on stage. Everything’s fun because it’s been something we’ve been dreaming about for so long. I think I get super saiyan strength on stage.”

The other members agreed that it was difficult to express those feelings with just words like “jjang” and “daebak”, but felt that those came closest. 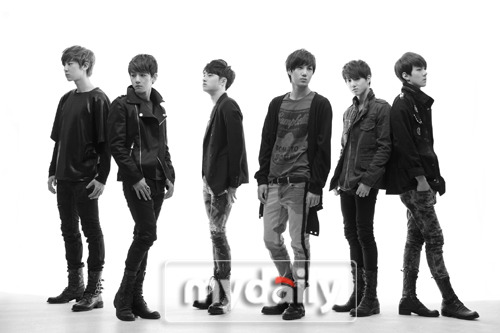 The members of EXO-K actually received attention even before their debut just for being SM trainees.

Chanyeol revealed, “Just the title of being branded as an SM trainee itself was really pressuring. Our seniors did so well that it was a burden to think that we had to follow their foot steps. Our biggest worry was tainting the path they had paved.”

Suho added, “We’re always trying to aim for perfection because of the anticipation everyone has for us. We’re confident, and we promise to hold a color all our own with music that sets us apart from other idol groups. We want people to be able to immediately think, ‘Oh, this music is by EXO-K.’”

Although EXO-K debuted amidst much spotlight and attention, behind the glitz and glam are realistic, down to earth boys. Suho expressed, “We want to become a group that not only receives love from our fans, but knows how to share and return that love. We haven’t been able to participate in volunteer work since our debut, but we want to do it consistently as well since we’ve been doing it for a while. Although small, we want to get things in action.”

Since their trainee days, EXO-K has been volunteering at local senior homes and schools for the deaf by cleaning and learning sign language to play with the children. To the grandmas, grandpas, and the children who hung out with them, EXO-K isn’t just an idol group, but a group of respectable young men and amazing oppas. They may be EXO-K on stage, but off, they’re just your normal teens, a double life that they indeed enjoy.

EXO-K emphasized that they will never forget the love and interest they are receiving now, as well as the process it took for them to reach where they are. “We’re not going to fall victim to the ‘celebrity disease’, and we’re always going to maintain our roots. Just because we’ve debuted doesn’t mean it’s over because we’re going to be a group that continues to improve.”

This entry was posted on May 4, 2012 by bontheblog. It was filed under Interviews and was tagged with EXO-K, SM Entertainment.