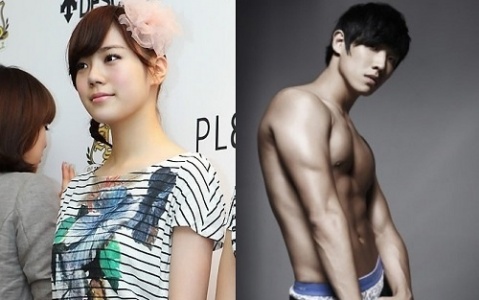 Following Hyorin and Sung Min, it looks like the second couple on MBC’s “Exciting Shake” is MBLAQ’s Lee Joon and After School’s Lizzy.

On January 5, local media reported the two as the second couple, quoting the training coach who appeared on the show with them. The trainer said, “Today, After School’s Lizzy and MBLAQ’s Lee Joon completed the intense filming session,” affirming their appearance on the show.

So far, the only other couple we’re aware of is Hyorin and Sung Min. Other female casts on the show include Kara’s Han Seung Yeon and Secret’s Han Sun Hwa. The rest of the male counterparts are unknown at this point.

MBC “Exciting Shake” is supposed to be a spin-off of the highly popular reality show, “We Got Married.” The couples will compete in different contests and performances, and eventually build a dating relationship.