Kim Yoo Jung of ‘The Moon That Embraces the Sun’ wishes to give T.O.P chocolates 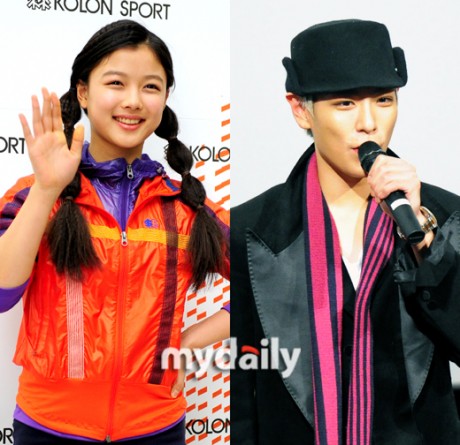 Actress Kim Yoo Jung, who has publicly admitted to being a fan of Big Bang‘s T.O.P, displayed her deep affection for the sexy rapper yet again for Valentine’s Day.

When a listener called in and guessed that Yoo Jung would most likely pick T.O.P as the idol she would give chocolates to this Valentine’s Day, Kim Yoo Jung did not deny it for a second.

“I like Big Bang a lot,” she said. “I would actually like to gift all the members with chocolate, not just T.O.P.”
END_OF_DOCUMENT_TOKEN_TO_BE_REPLACED

Tablo reveals that he became more quiet after his hiatus

Rapper Tablo has opened up about the change in his mentality during his time away from the industry.

On November 25th, Tablo made his first radio appearance since his comeback through MBC FM4U‘s ‘Bae Chul Soo’s Music Camp‘, and updated listeners about his life.

During his forced hiatus, Tablo revealed that he couldn’t leave the house. “At first, I had many thoughts that I shouldn’t have. Bad thoughts, thoughts that did not help anyone,” he said.

He continued, “However, by listening to my album, you can hear that the tone of the songs change. They are a little more on the positive side. While reflecting, I realized that I had so many people and things around me to be thankful for; this made me start thinking more positively.”