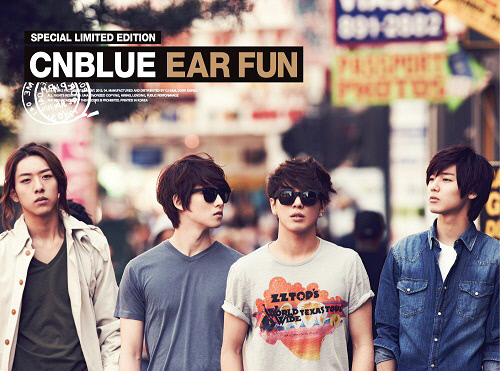 END_OF_DOCUMENT_TOKEN_TO_BE_REPLACED

CN Blue has finally released the music video for its newest title song, “Hey You” for the group’s third mini album “Ear Fun.”

The Burning, Lovely, Untouchable, and Emotional members can be seen behind the scenes, seamlessly weaving around everybody from the pizza delivery to the janitor, as they head to the main stage to truly show their skills.

“Ear Fun” will be officially released on March 27, and CN Blue will have its comeback performances on the weekend.

Take a look at the music video below!

END_OF_DOCUMENT_TOKEN_TO_BE_REPLACED

CNBLUE have released Yonghwa‘s self-composed track off of their upcoming mini-album along with a video of the song-recording process!

END_OF_DOCUMENT_TOKEN_TO_BE_REPLACED

CNBLUE will be releasing Yonghwa‘s self-composed track off of their upcoming mini-album along with a video of the song-recording process!

The song will be released on various digital sites on March 16th, along with a special video on YouTube that shows the process of the members’ recording session. Fans are already highly anticipating their comeback album ever since the release of their teaser website back on the 8th.

As reported earlier, the website is currently running an event that allows fans to match up different spellings of a cube to guess the album’s new title track.

FNC Music stated, “CNBLUE has been busy with their international activities, but they’ve been preparing a lot for their comeback as well. There’s a different color in this album that is still CNBLUE’s own.”

END_OF_DOCUMENT_TOKEN_TO_BE_REPLACED

Can You Guess the Title of CNBLUE’s Comeback Album? 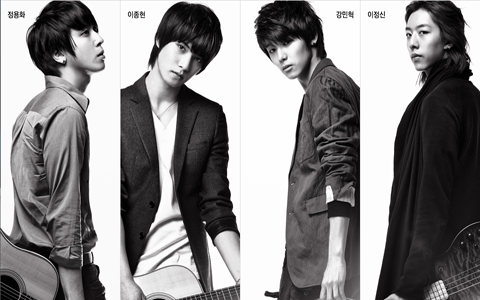 On March 8, CNBLUE announced its comeback with a teaser on its official website! CNBLUE teased its fans with a more interactive approach in announcing its new album title. On it’s website, visitors were asked, “Guess what is CNBLUE’s new album title;” beneath it, a six-sided spinning cube with a letter on each side is placed. Fans have to personally figure out the album title by rearranging the letters on the cube to come up with the correct title. Once they do, they can submit their answers to FNC. The first 5 participants with the correct title name will have the opportunity to take photos with the boys of CNBLUE and receive their autographs.

END_OF_DOCUMENT_TOKEN_TO_BE_REPLACED

C.N. Blue and F.T. Island will hold a joint concert in Los Angeles!

Through CJ E&M‘s K-Pop concert brand, “M-Live,” C.N. Blue and F.T. Island will hold their joint concert at the Nokia Theater on March 9 at 8pm.

This is the first time that C.N. Blue and F.T. Island will hold a joint concert together, therefore, the expectations are very high.

END_OF_DOCUMENT_TOKEN_TO_BE_REPLACED

With news of FT Island and CN Blue’s “Stand Up by M Live” joint concert in Los Angeles, their first in the United States, both groups’ fans have anticipated and prepared to buy prime seats when tickets went on sale through Ticketmaster on January 28.