END_OF_DOCUMENT_TOKEN_TO_BE_REPLACED

Earlier, B.A.P. revealed that they would be starring in SBS MTV’s reality program, ‘Ta-Dah, It’s B.A.P.’.

The group has just shared some additional great news — ‘Ta-Dah, It’s B.A.P.’ will be broadcast through local MTV channels in China, Japan, Taiwan, Malaysia, Indonesia, the Philippines, and Singapore!

The level of anticipation is high for their reality show, since Big Bang set the precedent for such programs with ‘Big Bang the Beginning’. It’s rare for a rookie group to be given such love prior to their debut, and it’s only likely to increase as the days narrow down to B.A.P.’s debut later on this month.

As previously revealed, the reality program will take on a different format, as the boys will play the role of aliens from another planet who are working to become stars and take over the world. SECRET‘s Hyosung will be making a surprise appearance as the deliverer of missions.

END_OF_DOCUMENT_TOKEN_TO_BE_REPLACED 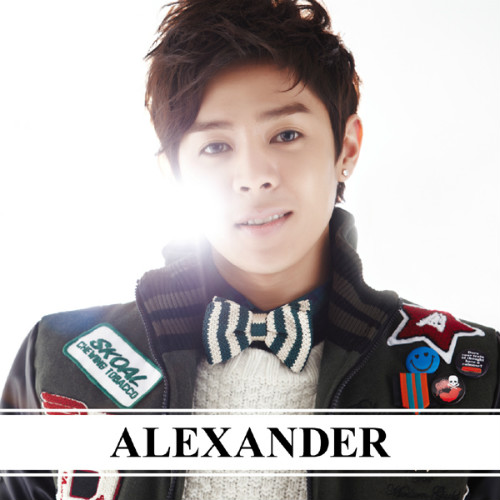 Singer Alexander has finally launched his solo career, and he’s gaining attention not only in Korea and Japan, but in Malaysia as well. The star sat down for an interview with Malaysia’s ‘Straits Times‘, where he talked about going solo, finding his own performance style, and his dreams of working for the United Nations.

The article begins with Alexander’s thoughts on being able to express himself more as a soloist. “As a member of U-KISS, I had to conform to the image of the group, in terms of songs and concept. Now that I’m flying solo, I get to represent what I believe in and what I love about music,” he said.

He added, “It’s fun to show fans my personality and colour. I told my agency the image that I wanted to portray, and it helped me find the right producers for my songs.”

Later on, the reporter brought up his fluency in several different languages, including English, Cantonese, Korean, Japanese, and Portugese. Alexander revealed that his interest in languages comes from his family background — his father is Portugese-Chinese and his mother is Korean.

END_OF_DOCUMENT_TOKEN_TO_BE_REPLACED

Bang Yong Guk and Zelo of upcoming boy group B.A.P. will be meeting their Malaysian fans early next year.

The leader and youngest member of B.A.P.will take part in an exclusive autograph session as well as interactive games with their fans. Those who would like an autograph must buy a limited edition character T-shirt and poster card, which will be available for pre-sale through M.E Malaysia and RM100 at the venue. The autograph session will be organized on a first come, first serve basis and will be limited to 200 fans.

Latina Marketing will also be giving K-Pop fans the opportunity to win a free trip to Korea in celebration of B.A.P’s debut in January.

END_OF_DOCUMENT_TOKEN_TO_BE_REPLACED

Last week we reported that Brian Joo and Alexander would be attending the ’3rd Wave Music Rally’ in Malaysia on October 14th and 15th.

On October 18th, Brian Joo uploaded the picture above and tweeted, “Pic of me & @alexander_0729, after returning from our Malaysia trip yesterday~”.

Consequently, their Malaysia trip was successful where many fans were moved by their sweet personalities or touched by the message they were bringing about Christianity.

During their fan meeting Brian and Alexander sang “Nobody” by the Wonder Girls, danced, fed, and even gave personal gifts to some lucky fans (which included cross necklaces).

END_OF_DOCUMENT_TOKEN_TO_BE_REPLACED

Hail Malaysia! Brian Joo with his 3rd Wave team are coming to your country.

3rd Wave’s 1st album “I Will Be There” was released October last year as a collaborative project of popular CCM artists. Their next album will be released on November this year. The sales from this album will benefit our friends in Africa by supporting their education, building projects, and medical relief via the IWIN Campaign, a program under Food for the Hungry International, Ivory Coast.

Celebrating the success of 3RD Wave team, they will hold fanmeeting and other events in Malaysia.
END_OF_DOCUMENT_TOKEN_TO_BE_REPLACED

It was a scream fest at the Korean Music Wave 2011 concert as over 10 thousand K-Pop fans showed up and cheered for their favourite artists at Stadium Merdeka last night.

Even the fans were seen singing along in unison with their favourite stars.
END_OF_DOCUMENT_TOKEN_TO_BE_REPLACED

Update from Galaxy and the official Facebook page of KMW in Malaysia: 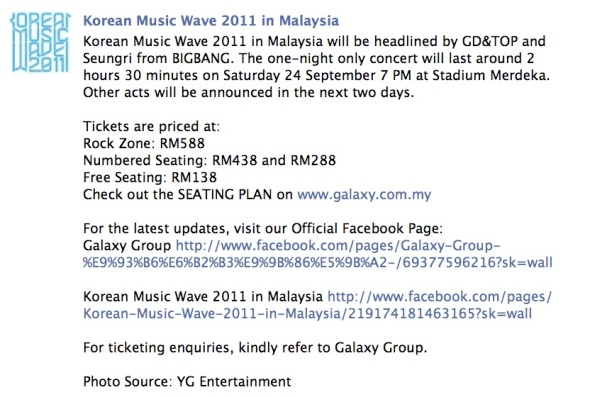