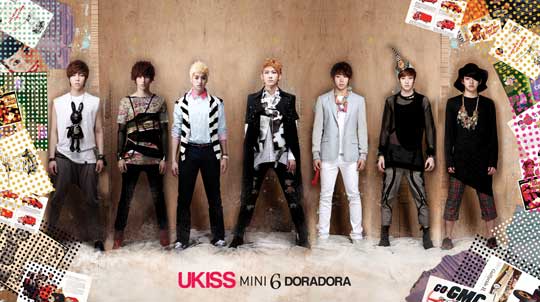 With the release of their new album just days away, idol group U-KISS has revealed a new teaser image.

On April 19th, the group’s label NH Media announced U-KISS’ comeback via their official Facebook and Twitter pages by sharing the the main image of the boys 6th mini-album, ‘DORADORA‘.

Fans were surprised upon seeing the image, as the boys’ new doll-like appearance is completely different from the fierce and masculine look they have displayed until now.

What drew attention is the way the boys’ unique fashion style made them look unified as a group, but each member was able to still bring out his own individuality and charm.