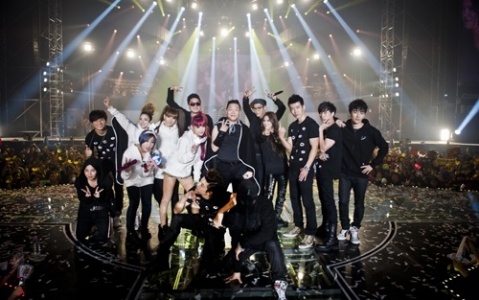 The YG Family Concert tour in both Korea and Japan have successfully came to an end.

This tour was in commemoration of YG’s 15th anniversary and featured the top YG artists such as Jinusean, Big Bang, 2NE1, Se7en, Gummy, Psy, Tablo and more. The YG family toured around Korea and Japan, reaching crowds of 20,000 people and more. Each group/artist showed strong and charismatic performances. Since it was the first joint concert in five years, fans showed a lot of love as well.

As expected, all of the artists performed their hit songs. But there were a few special performances that left a greater impression such as Taeyang, Daesung, Seungri and Se7en’s rendition of 2NE1’s “It Hurts” and “Lonely,” Gummy’s jazz remake of G-Dragon‘s “Heartbreaker,” and Jinusean, Se7en and G-Dragon’s “Fly Gentlemen.”

The HD LED screen at the Osaka Kyosera Dome and the Saitama Super Arena, which holds over 40,000 people, held those in the farthest seats to catch every glance of their favorite artists up-close. There were moving stages, cranes, magic lifts and other special stage props as well as flashy video clips to further entertain the audience.

END_OF_DOCUMENT_TOKEN_TO_BE_REPLACED

Big Bang‘s T.O.P drove his fans crazy after doing a ‘wave’ dance that completely contradicts his mysterious and charismatic image.

T.O.P, along with his fellow Big Bang members G-Dragon, Daesung, Taeyang, and Seungri performed labelmate 2NE1‘s “I Am The Best” for ’YG Family 15th Anniversary Concert‘, which is currently taking place in Japan.

Dressed in all black, the members flawlessly performed both the solo and group dances that are an essential part of the “I Am The Best” performance. What drove the audience especially wild, however, was handsome rapper T.O.P’s sexy wave dance that showcased his silly and playful side.

END_OF_DOCUMENT_TOKEN_TO_BE_REPLACED 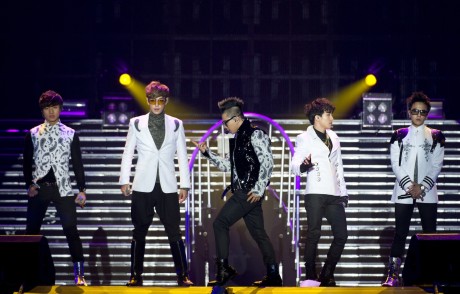 Celebrating their 15th anniversary, YG Entertainment continues to see enormous success with their ‘YG Family Concerts’, the latest concert in Osaka, Japan, drawing 80,000 fans to a one-of-a-kind concert featuring some of the biggest names in K-Pop.

With artists such as Big Bang, 2NE1, Se7en, Gummy, Tablo, PSY, and Jinusean, YG artists celebrated for two straight days at the Osaka Kyocera Dome on the 7th and 8th of January.

2NE1 kicked off the energetic night with their debut track, “FIRE“, and Big Bang took to the stage soon after, drawing immense cheer from the crowd.

Se7en continued the festivities, and sang the Japanese versions of his songs “Better Together” and “Somebody Else“, the title track for his Japanese mini-album, which is scheduled for release on the 18th.

END_OF_DOCUMENT_TOKEN_TO_BE_REPLACED

YG Entertainment will most likely rake in a revenue of over $26,000,000 USD after performing in two cities in Japan.

The artists of YG Entertainment are currently in preparations of the Japanese portion of their ‘YG 15th Anniversary Family Concert‘ tour, and they will be performing in front of 80,000 fans over the course of two shows (7th & 8th) at the Kyocera Dome in Osaka, as well as 80,000 more fans at the Super Arena in Saitama.

Each ticket sold for over $160, and ticket sales from their Japanese shows alone will most likely be over $26,000,000. This of course, doesn’t include the revenue they will also bring in from the concert merchandise.

This is the result of building YG awareness in Japan for the past 7 years, beginning with singer Se7en‘s Japanese debut in 2005. This is the first time in six years YG is putting on a family concert in Japan. The last was held back in August of 2006, when they sold out both performances in Tokyo and Osaka.

END_OF_DOCUMENT_TOKEN_TO_BE_REPLACED

bigbangupdates>>>>Note: This isn’t an official/confirmed list. Source is also a fansite.

END_OF_DOCUMENT_TOKEN_TO_BE_REPLACED 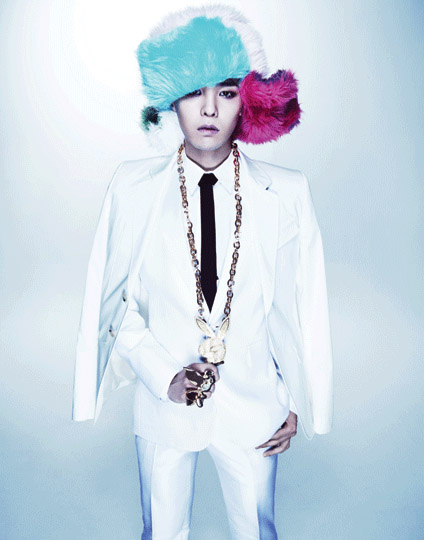 It’s been confirmed that Big Bang‘s leader, G-Dragon, will perform at the upcoming YG Family concert!

According to concert representatives on December 2nd, G-Dragon showed up in the early morning for rehearsal and successfully completed his preparations.

The announcement finally put to rest fans’ anxieties about the concert, as YG Entertainment had been mum about G-Dragon’s appearance due to an unpleasant controversy. In fact, reports are saying that YG seriously debated on the idea of G-Dragon’s participation until very recently.

However, since the YG Family concert is an event where all YG artists come together to successfully wrap up the year, the agency decided to let G-Dragon perform so that he could repay and thank his supportive fans.

END_OF_DOCUMENT_TOKEN_TO_BE_REPLACED 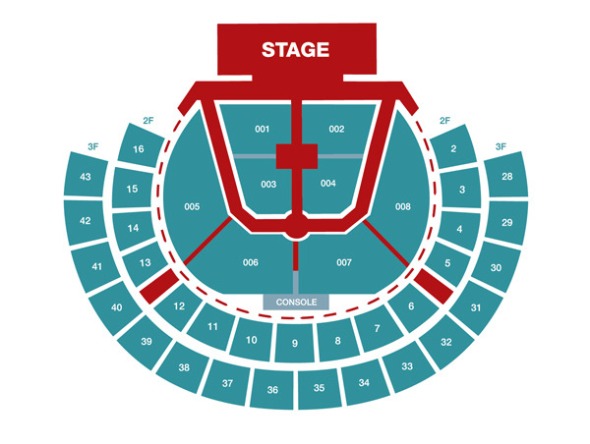 [Surprise Event] 2011 YG Family 15th anniversary concert! YG Family has been together for 15 years!! From a big senior Jinusean to a new-comer Tablo! Who do you expect the most to see on the stage at 2011 YG Family Concert? Select the artist and leave a comment here with the number listed below!

END_OF_DOCUMENT_TOKEN_TO_BE_REPLACED

YG Entertainment is shooting for the largest ticket sales in the shortest time in the Korean music industry history.

Given the fact that 2NE1, managed by YG Entertainment, has sold out their Japanese tour starting the end of September through the beginning of this month and that Big Bang’s Daesung will be back after 8 months on hiatus after the car accident, YG Family’s first Japanese concert has many aspects that can draw a lot of attention. It’s expected that the tickets will be sold out.

If the concerts in Japan are sold out, it will gather a total of 160,000 in the audience. SM Entertainment has gathered about 150,000 people for the 3 dates in September at Tokyo Dome and this would push their numbers above and beyond.