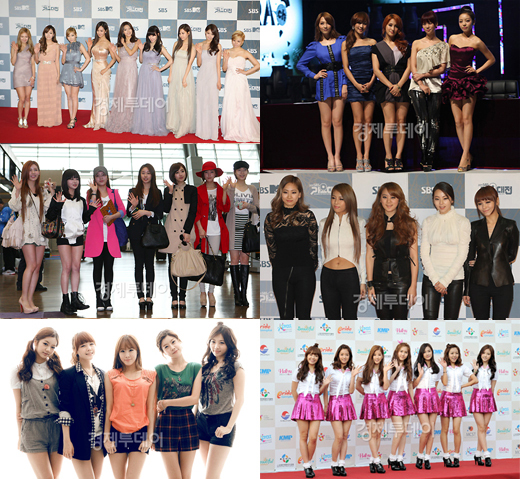 END_OF_DOCUMENT_TOKEN_TO_BE_REPLACED

The 19th National Assembly Election will take place on April 11th, and there are a number of K-Pop idols who will be able to cast their votes for the very first time.

The idol stars who will be eligible to cast their votes this year are those whose birthdays fall between June 3rd, 1991 and April 11th, 1993. During the 2010 election, Girls’ Generation‘s YoonA, SHINee‘s Onew and Jonghyun, 2PM‘s Chansung and Wooyoung, 4minute‘s Gayoon, and more casted their own votes for the very first time.

This year, Girls’ Generation member Seohyun who was born in June of 1991 will be able to participate, as well as miss A‘s Min, Nine Muses‘ Minha, Dal Shabet‘s Jiyool, Rainbow‘s Hyun Young, After School‘s Nana, Stellar‘s Gayoung, and more. miss A’s Min drew attention during the last elections, as her birthday fell 20 days short of the cut off line, but will be able to boldly cast her vote this year.

END_OF_DOCUMENT_TOKEN_TO_BE_REPLACED 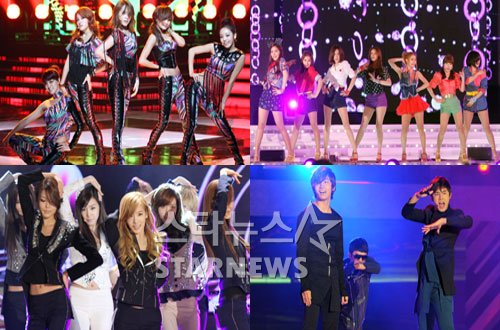 The top idol stars of today will gather together for the 18th annual ‘Dream Concert‘ in May.

The 2012 Dream Concert is usually the biggest and baddest contest in Korea and this year will be no different. The concert will take place on May 12th at the World Cup Stadium in Seoul, and 20 of today’s hottest K-Pop stars will be performing at this mega event, including TVXQ, Girls’ Generation, 2PM, miss A, 2AM, MBLAQ, SISTAR, SECRET, IU, B2ST, 4minute, INFINITE, TEEN TOP, T-ara, KARA, Davichi, K. Will, and more.

The annual ‘Dream Concert’ has been an iconic Hallyu concert, drawing in fans from not only Korea but Japan, South America, the Middle East, and more, contributing to further spread K-Pop awareness across the globe.

The concert is organized by the Korean Entertainment Producers’ Association (KEPA) who has donated the profits from the concert to various charities since 2009. This year, KEPA will be creating a ‘Dream Concert Scholarship Fund’ with the profits, helping young students in financially difficult situations to study and fulfill their dreams.

END_OF_DOCUMENT_TOKEN_TO_BE_REPLACED

Even SNSD is now ‘old’, the Korean music industry taken over by idols born in mid-90s 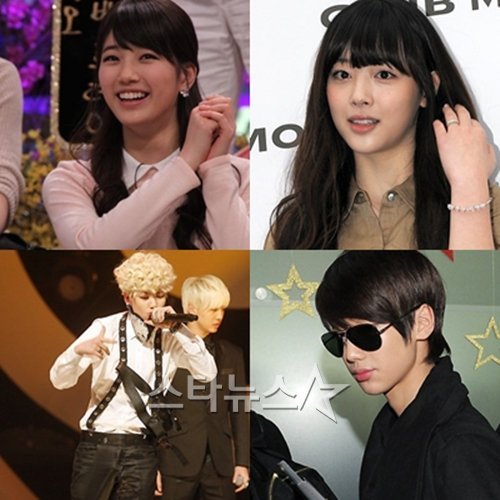 It is indeed impossible to stop time.

SNSD (Girls’ Generation), Wonder Girls, Kara, T-ara, B2ST, and MBLAQ‘s members that were born in the later half of the 1980s and the early 1990s have led the boy group/ girl group craze the past few years. However, the once young and fresh idols have now become mature sunbae stars, and the younger members have taken their places.

In the music industry, the new leading faces of the idols are the ones born between 1994 and 1996, and the ones born in the mid- 90s. It has now become the norm to meet the mid 90s idols on any music show.

END_OF_DOCUMENT_TOKEN_TO_BE_REPLACED

The saying “the early bird catches the worm” now applies to idol groups and their members as the showbiz industry has become a battlefield of idols. Entertainment agencies no longer try to hide their newest idol members. Rather, they fully utilize the “Early-bird” members, or the “Aces,” to make a group known to the public. The sooner a member of an upcoming idol group is revealed, the better chance the group has in surviving in the harsh industry. Different groups take different measures in revealing their aces and warming up to the public.

END_OF_DOCUMENT_TOKEN_TO_BE_REPLACED

How long does it take for idols to reach #1?

Recently, idol group TEEN TOP won their very first #1 on a music program with their latest single, “Going Crazy“. For TEEN TOP, who debuted in July of 2010 with their first single ‘Clap‘, the achievement took them exactly 564 days after their debut. This begs the question, how long does it take for idols to reach #1?

On February 4th, an online community posted a topic titled, ‘The time it takes for idols to reach #1 after their debut is...?’

According to the post, the idols who took the shortest time to reach #1 were:

END_OF_DOCUMENT_TOKEN_TO_BE_REPLACED

The idol stars who will be graduating high school this month

It’s now February, which means it’s time for high school students in Korea to graduate, and the idols are no exception.

Idols born in 1993 and 1994 are preparing for their graduation, and so are the media and the fans who are planning to attend the ceremonies.

The first to graduate will be C-real leader Chemi who is currently a student at Chungdam High School in Seoul. Her graduation ceremony will take place on the 3rd, and she will be in attendance to receive her diploma.

On the 8th, KARA‘s maknae Jiyoung who is attending Muhak Girls’ High School in Seoul will also be in attendance to receive her diploma. As long as something new doesn’t pop up on her schedule, Jiyoung will be at the ceremony and plans to spend the day with her teachers and her friends.

END_OF_DOCUMENT_TOKEN_TO_BE_REPLACED

Which Idol Stars Were Voted Best Looking by Fellow Idols?

On this week’s episode of MBC Every1’s “Weekly Idol,” current idol group members got a chance to vote for their favorite-looking face among fellow idol stars.

END_OF_DOCUMENT_TOKEN_TO_BE_REPLACED

The representatives voiced their opinions on important issues that idol groups face, including marriage, dating, and the age at which girl group members halt activities.

▶ Is marriage poisonous to girl groups?

The following investigation is from ten staff members who are part of the singing industry with girl groups. All replied, “Whatever is the case, we do not believe that marriage will positively affect the girl group’s image.”

END_OF_DOCUMENT_TOKEN_TO_BE_REPLACED

Where would the stars be without social networking?

Social networking has played a major role assisting the top celebrities promote and advertise, and has served as possibly the biggest tool in spreading K-pop and Hallyu awareness across the globe.

These days, the stars seem to enjoy communicating with the fans through SNS (Social Networking Services).

After the 4th annual ‘Idol Star Athletics & Swimming Championships‘, the top stars thanked their fans through their respective Twitter pages.

END_OF_DOCUMENT_TOKEN_TO_BE_REPLACED

On January 20, Ilgan Sports, a popular Korean newspaper in Seoul, did a special survey of idols, called Idol Research. It surveyed a total of 92 idols, 45 male and 47 female.

Part 1 asked idols about their grades in school. Other questions on the survey asked about the idols’ height preferences for their ideal types, and how much monthly allowance each idol got. (Note: The following results are averages calculated by all the answers that were given.)

Idols’ heights for their ideal types

END_OF_DOCUMENT_TOKEN_TO_BE_REPLACED

On January 20, Ilgan Sports, a popular Korean newspaper in Seoul, did a special survey of idols, called Idol Research. It surveyed a total of 92 idols, 45 male and 47 female. The following idols were surveyed:

One of the questions on the survey asked about each idols’ class ranks in middle school. Besides GPA, Korean schools use a ranking system by class to determine who has the best grades. Most classes in Korean schools have an average of 60 students. Therefore, if someone was ranked 13th in their class, their grades would be about 78% higher than the rest of the class. (Note: The following results are averages calculated by all the answers that were given.)

END_OF_DOCUMENT_TOKEN_TO_BE_REPLACED

There have been a lot of debuts this year, both in the music and acting industries, but which individuals stood out the most? OSEN surveyed 48 officials in the areas of broadcasting, music, and film to pick who they thought shined the brightest this year.

Kim Soo Hyun, who’s now five years into his debut, came in first place thanks to his excellent performance on ‘Dream High‘. He’s moved up to become the most sought-after actor this year. In 2012, he’ll release his movie ‘Thieves‘ as well as the historical-fantasy drama, ‘The Moon That Embraces The Sun‘.

Second place went to actor Lee Jae Hoon, earning a total of 10 points with his performance on ‘Guard‘ and ‘The Front Line‘. He won a total of five rookie awards and is currently filming two new movies.

END_OF_DOCUMENT_TOKEN_TO_BE_REPLACED 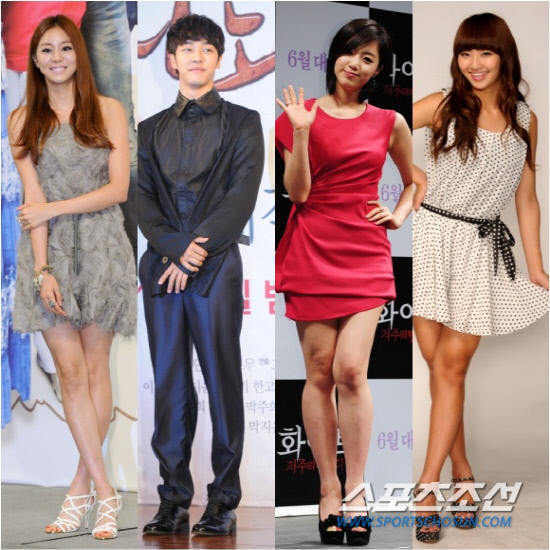 Agencies housing rookie actors are heaving a big sigh over how idols are taking over every aspect of the entertainment industry.

These days, dramas and movies have been favoring idols-turned-actors over rookie actors, and consequently, there have been less and less opportunities for them to gain experience, leaving many out of work.

Take, for example, After School’s UEE and her starring role in KBS‘s ‘Ojakgyo Brothers‘, or B2ST‘s Kikwang on MBC‘s ‘I’m a Flower, Too‘. Cable channels are also following suit, with T-ara‘s Eunjung in JTBC‘s ‘Queen Insoo‘ and Big Bang‘s Daesung in MBN‘s ‘What’s Up‘.

END_OF_DOCUMENT_TOKEN_TO_BE_REPLACED

Just like last year, 2011 had with many rookie debuts — some managed to stand out from the crowd, while others faded into the mist.

Thanks to new audition programs and survival music shows, the list of new artists are as long as ever, with rookies taking fame to new heights thanks to the global success of K-Pop.

Shinsadong Tiger, who’s created a number of hits this year like T-ara‘s ‘Roly-Poly‘, B2ST‘s ‘Fiction‘, and ‘Trouble Maker‘, chose A Pink, Noel, and Ulala Session. He explained, “A Pink represents the innocent nature of girl groups. Since they have a style that makes people feel nostalgic over ’90s-era girl groups, I’m curious to see how they’ll evolve.”

END_OF_DOCUMENT_TOKEN_TO_BE_REPLACED

Which female idols would be most fearless of a ghost?

As part of its promotions, the homepage for the recent movie ‘Chilling Romance‘ posted an unusual poll this week, asking the question, “Which female idol would be least afraid of ghosts, even if they came every day?”

Wonder Girls‘ calm and collected Sohee topped the rankings with 42% of the votes. Following Sohee was SNSD‘s “Ice Queen” Jessica with 26%, KARA‘s Goo Hara with 15%, and T-ara‘s Jiyeon with 14%.

The list made by the vocal coach evaluates their tone, tremble, skills, volume, and expressiveness.