The long wait has finally come to an end!

As reported earlier, BIGBANG has already made it official that they will promote this album with all six tracks as their title song. Following “Blue,” that was released on February 22, BIGBANG is expected to promote “Bad Boy” as their next title track. The rest of the songs, “Love Dust,” “Ain’t No Fun,” “Fantastic Baby,” and “Wings,” will be promoted at a later date.

Without further ado, here is the full MV for “Bad Boy.” Enjoy!

END_OF_DOCUMENT_TOKEN_TO_BE_REPLACED

Immediately after the anticipated song ‘Blue’ was released on 22nd, it has already become a big topic on Youtube and music sites. Moreover, it is a comeback which is the biggest, the best and the company has spent most money on. We can also see a variety of colors in the album. The revealed song has already received a lot of love before Big Bang releases their mini album. We can feel the love even more if we look at the album from several perspectives.

#1 There are 6 title songs
Big Bang will come back with an unprecedented 6 title songs. In this album, the six title songs are BLUE, FANTASTIC BABY, AIN’T NO FUN, LOVE DUST, BAD BOY and Daesung‘s solo, WINGS.

Before Big Bang has made their comeback, each member was featured in CF teasers which were released one by one at the midnight of every day. From the short clips, we can see that each of them gives out different feelings and it might be an indicator that the album will show the varied colors of Big Bang.

It is expected that Big Bang will have a round of unusual promotions by looking at the title tracks of the 5th mini album. Other groups choose only 1-2 songs to focus on promoting in order to bring out a consistent feeling. However, the songs which Big Bang are going to promote carry different feelings. It is expected that we will have a wide multitude of music styles to hear from Big Bang and that their performances will be fun to watch.

END_OF_DOCUMENT_TOKEN_TO_BE_REPLACED

Yang Hyun Suk, member of the legendary group Seo Taiji and the Boys during the 1990’s has since reinvented himself as a leader in K-Pop’s global success. Fifteen years ago Yang Hyun Suk founded YG Entertainment which currently houses some of K-Pop’s biggest stars Se7en, Big Bang, and 2NE1.

“I am not a child of a tycoon, so I began with nothing. Originally, I started out with little money and YG was just a tiny corner shop, which was up until I discovered Jinusean and 1TYM.” YG Entertainment is now considered to be one of the top three record labels in Korea.

A lot has changed around Yang Hyun Suk since the early days. He maintains a beginner’s mindset in the sense that he remains curious about new things, as he shared his motto, “Live better tomorrow than you did today.”

Yang Hyun Suk revealed his upcoming global plans for his artists, “Big Bang and 2NE1 will focus more on performing at festivals to further their global promotion. The United States and Europe are more fitting for 2NE1 and Big Bang. Meanwhile, Se7en will concentrate on his Japanese promotions. Each of our artists have strengths that match the local as well as global markets.”

END_OF_DOCUMENT_TOKEN_TO_BE_REPLACED

Not only has their MV for ‘Blue‘ garnered over 8 million views on Youtube, Big Bang has also received unending love calls from various variety programs, and now, pre-orders for their new album ‘ALIVE‘ has surpassed the 260,000 mark.

Big Bang will be making their long-awaited comeback with their fifth mini-album ‘ALIVE’. According to their agency YG Entertainment, 240,000 copies of the album were pre-ordered as of February 27th, and an additional 20,000 copies were requested from overseas, totaling 260,000 copies.

Not only is their album in high demand, the boys also guest-featured on SBS ‘Healing Camp‘ on February 20th, and will also be featuring on ‘Running Man‘, ‘Strong Heart‘, and ‘Infinite Challenge‘.

In addition to endorsing major brands such as North Face, Lotte, G Market, Soul by Ludacris, and Fubu, Big Bang is in discussions to sign CF contracts with two new corporations. Furthermore, the boys will be embarking on a world tour, hitting 25 different cities in 16 countries. YG revealed, “We have received requests for performances in Europe, South America, the Middle East and more, and it looks like we may need to extend our World Tour.”

END_OF_DOCUMENT_TOKEN_TO_BE_REPLACED 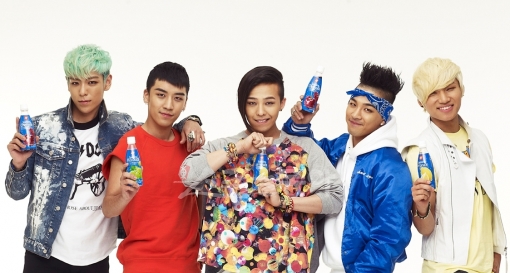 On the 28th, Coca Cola announced that BIGBANG will continue to endorse Sunny10 Sparklingade.

Last year, Sunny10 had G-Dragon and T.O.P as their main advertisement models and they did a re-make of Sunny10’s CF song, which was a big hit.

This year, with BIGBANG’s comeback, all the members of the group will be working as Sunny10’s Sparklingade models.

END_OF_DOCUMENT_TOKEN_TO_BE_REPLACED 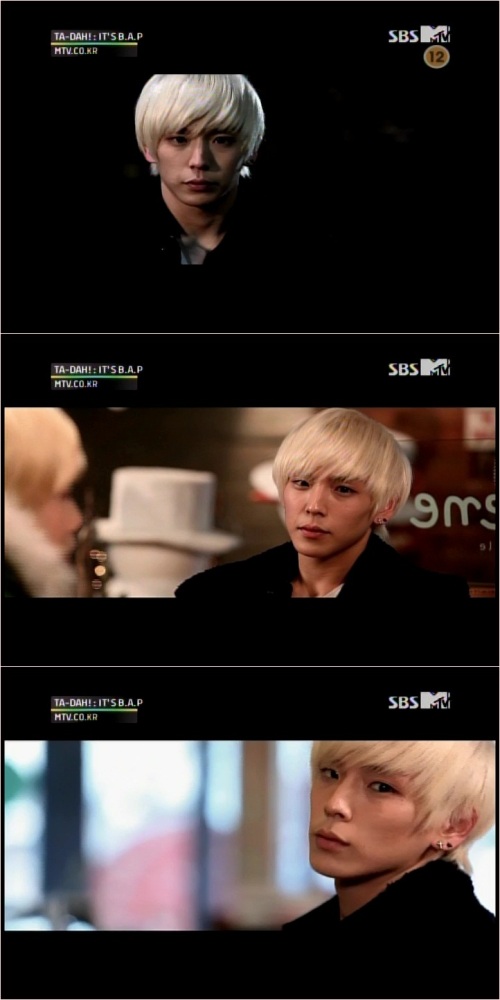 A few days ago, we reported that B.A.P would be concluding their promotions for “Warrior” and will aim for a comeback sometime this spring. Well, it has just been announced that the six boys have chosen “Secret Love“ to be their follow-up track!

TS Entertainment, the group’s agency, revealed, “B.A.P has concluded their promotions for their debut track ‘Warrior’ through ‘Inkigayo’ yesterday and will begin their follow-up track ‘Secret Love’ starting this week. We will be showing a 180 degree transformation of the boys through ‘Secret Love’.

They continued, “We had a hard time deciding on which song to follow-up with but ended up choosing ‘Secret Love’ in order to show a whole different image of B.A.P to fans.”

“Secret Love”, featuring SECRET‘s Song Ji Eun with lyrics written by Bang Yong Guk, tells a sad love story about two celebrities having to secretly date. Fans are curious to know whether or not Song Ji Eun will be joining B.A.P’s stage performances for the song.