Block B to appear on pilot episode of ‘Survival King’

Fans will be glad to see Block B back on TV through the upcoming pilot episode of ‘Survival King‘!

On March 1st, Zico, Jaehyo, and P.O. will be appearing on MBC Everyone’s brand new show program ‘Survival King’. The three members challenged the show’s first mission, “Survive without Light”, while being filmed by a hidden camera.

The mission was the pass by electric bars through the dark, although in truth, there were no electric bars as only sounds of electric currents made. Since the members of Block B had no idea, it is reported that the boys could not even take a step as their hands shook in fear.

After the mission, Zico was asked the question, “Without what would you have the hardest time surviving?”, to which he answered, “I don’t think I could survive without the love of my fans”, and expressed his love for the fans.

END_OF_DOCUMENT_TOKEN_TO_BE_REPLACED

It is very curious as to why Block B’s presence was not seen in the year end shows. It’s not as though rookie groups were shunned from attending. MTV “Match Up” show-mates B1A4 and fellow rookie group Boyfriend were allowed to perform. Most would argue that Block B is just as talented as any other current rookie group. The boys on the block have even taken second place in Daum fancafe rankings for rookie groups in 2011. No doubt the boys are quite popular, though they unfortunately were unable to secure a spot. Despite it all the members continue to be a class act as they are modest and taking the blame upon themselves.

Recently, Block B’s Jaehyo addressed the issue by posting a message to his Twitter account. In his Tweet he expressed his own disappointment while he tried to comfort fans, “I will just close my eyes and cover my ears so I won’t see or hear anything. I hope that next year will be the year of Block B! See you all soon at Lotte World~”.

He continued, “I am truly sorry that we were unable to be on TV for the end of the year. Our fans are really the best and are always there to support us. It is because our performance has been lacking that this has happened. I am sorry. Next year, we will work even harder than before, so you will be able to see us at the end of the year shows!”

Block B is currently preparing for their comeback. According to leader Zico, the album will be released soon with in either January or February. What are your opinions on Block B?  Why do you feel Block B was overlooked by award shows? 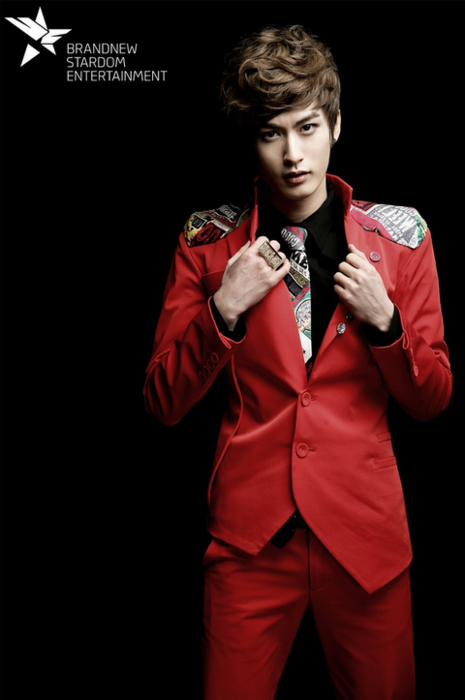 Below my last gift(?) is a behind story about me recording the gift.

ㅋㅋㅋIt was so cringe-worthy I burst out laughing while I was recording,…
To be honest at first this was the song I intended to be the gift.. but it was so embarrassing I wasn’t going to upload it, but I did anyway.
Now I’m done with all the gifts. In the next album I’ll come with an improved image~~~

Yeah, I may just be drunk and this might be a mistake
When morning comes I might act like I don’t remember, be uncomfortable about it
But there are things I need to say tonight
I’m sorry I look so weak but don’t think my words are just a result of being drunk

Always when I stand in front of you, even if I’ve already planned it out
I end up saying the exact opposite. Then I turn around and regret it
But now I’ll confess, that I’ve loved you from the start

This is how I’ve been loving you, although my lame words sound corny and unbelievable
These are not words lightly said, it’s something that probably won’t happen twice
But as morning dawns on us, I’ll take you once again in my arms and tell you I love you

Kyung and Jaehyo chatting in fancafe

[FAN] Question for Park Kyung.  Speaking honestly, I bet you only look at cafe posts related to you, right? And Jaehyo oppa, I honestly think you’re the hottest in Block B (Park Kyung, close your eyes), but if you had to choose another idol hotter than you, who would you pick? ㅋㅋㅋ

[CUCUMBER KYUNG] And Kyung wasn’t able to close his eyes so he gets his feelings hurt again.

[CUCUMBER KYUNG] And of course I look at posts related to me ㅋㅋ Isn’t that definite?

[CUCUMBER KYUNG] When will I have time to look at the posts about other members?

[CUCUMBER KYUNG] And what am I going to do by reading them anyway.. ㅎㅎ

[FAN] Would you rather be a cucumber or have an average/middle sized face?

[CUCUMBER KYUNG] As for me

[CUCUMBER KYUNG] I’d rather be totally long than just something in the middle, you know?

[FAN] Question for Park Kyung/Jaehyo oppa.  If you two didn’t become singers, what do you think you would have pursued as a career?  I think Kyung oppa would’ve sold cucumbers.  I would’ve gone to his store every day to buy cucumbers.  Just joking.  I love Kyung oppa.  Don’t ignore me, ok?  Anyway, what would you have pursued?

[JAEHYO] I think either an elementary school teacher or open a restaurant.

How Jaehyo spends his Chuseok… 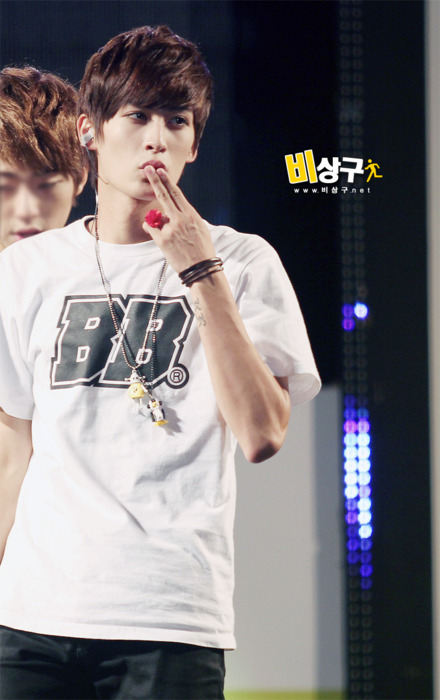 [JAEHYO] ㅋㅋㅋㅋ I was bored, but you made me burst out laughing ㅋㅋ

[JAEHYO] I think they dance better than me… Thank you ^^ I was watching the video and got goose bumps when I heard a few start screaming when Freeze! came on ㅋㅋ.. It’s a feeling I’m feeling for the first time since debut because I’m glad to see that there are fans overseas that follow along to our songs and like us..

[JAEHYO] ㅋㅋ.. I had a lot of fried octopus.. All of my friends are in the army. I came all the way to Busan but there’s nothing major happening over the holiday.. ㅠㅠ

[JAEHYO] ㅋㅋㄱㅋㄱㅋ Ah, my belly button is going to fall off ㅋㅋ I’m flying around this time

[JAEHYO] ㅋㅋㅋㅋㅋㅋ I want to upload all of these ㅋㅋㅋㅋㅋㅋㅋㅋㅋ

[FAN_1] Laugh at this too.. Doesn’t it look exactly like Park Kyung? ㅋㅋㅋ Do you only laugh at your own pics?  http://twitpic.com/6jhia8

[JAEHYO] Why are you surprised? ㅋㅋ We’re always just joking towards each other. We can even share half a pea … nevermind, we don’t share food with each other ㅋㅋ But there’s probably no other idol group that’s as close as we are.

Check it out the video below :